The evening opened with a fanfare in the form of Clyne’s Masquerade. Written for the BBC Proms in 2013, its chromatic swirls and twinkling strings created an exotic — yet inviting — soundworld. Enchanting and strange, it reminded me of Alice in Wonderland. Clyne often pursues interrelationships between music and other arts, and dance specifically inspired this piece. It culminated with a lilting country dance, “Juice of Barley,” followed by a protracted closing cadence that suggested the Proms for which this piece was written was too enjoyable to end.

Even though he called it a symphony, Edouard Lalo’s Symphonie espagnole is for solo violin and orchestra, though it follows neither the traditional formal structure of a four-movement symphony nor of a three-movement concerto. Better known for his chamber music, this is something of an orchestral one-hit wonder for the composer.

On Saturday, soloist Ray Chen ensured it was especially wondrous for the audience. With fans hollering enthusiastic approval before he had even begun to play, Chen came off as a rock star/classical violinist hybrid. Chen is committed to “expanding the reach of classical music.” And on Saturday, the audience did seem to include less-initiated concertgoers — listeners repeatedly flouted the practice of withholding applause between the work’s five movements, for example.

With a dramatic bow flourish after the first movement’s first solo passage in what may have been an Armani tux (Armani is one of Chen’s sponsors), Chen immediately proved he can play — and look — the part. He played a graceful solo melody in the second movement amid playful, syncopated interjections from the orchestra. After an Intermezzo and hymnlike Adagio, the final Rondo was spirited and bright. Chen also played two encores. My favorite was the second, Paganini’s Caprice No. 21.

In the second half, both pieces were orchestral suites derived from operas. When Richard Strauss’s Der Rosenkavalier premiered in 1911, it was instantly popular. The plot involves two young people in love, and the performance on Saturday was fittingly lush and rapturous. And, as usual, Strauss’s zany manipulations of the waltz intrigued. It was an uplifting end to the performance.

Before the Rosenkavalier suite, the musicians premiered Puts’s Silent Night Elegy, an orchestral score deriving from his Pulitzer Prize-winning opera, Silent Night. The opera was inspired by the 1914 Christmas Truce on the Western Front of WWI. The truce was negotiated not by diplomats or military generals, but by actual soldiers in the trenches. These German and Allied soldiers briefly traded Christmas carols and goodwill instead of gunfire. 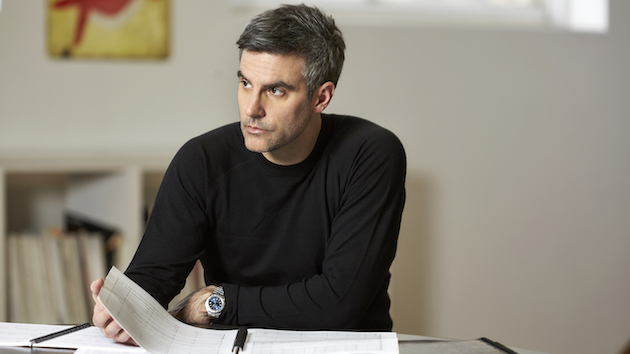 Silent Night Elegy spans a single movement, but there are five sections. And although the Silent Night Elegy references the Christmas truce, it does not feature much convivial music. It opens with melodic motives representing the three armies. A march-filled battle ensues. Then, a despondent flute solo represents the soldiers agreeing to cease fire to bury their dead. The stormy fourth section, “The generals’ rage,” conveys the truce’s aftermath: The soldiers involved in the truce were sent to fight in the deadliest places on the front.

The final section, the titular elegy, derives from a chorus in Act I of the opera. There, the melodic material amounts to soldiers singing nostalgically about their respective homelands. But in this orchestral version, elements including a horn chorale and angelic harp solo were heartening and hopeful.

Before the concert on Saturday, an anti-Semite murdered 11 Jews and wounded many others in my hometown of Pittsburgh. When guest conductor Christian Măcelaru introduced Silent Night Elegy, he said the piece is about a “beautiful notion”: Even in the darkest moments of our lives, we can still “have the audacity to dream of hope.” I left buoyed by this idea, and also by the entire performance. Although these pieces evoked a range of things — from sheer revelry to ephemeral respite — they all celebrated humanity coming together rather than tearing itself apart.