High-minded Herbert Blomstedt is in town for his annual two weeks with the San Francisco Symphony, fulfilling his obligations as its conductor emeritus. In his first program, he created a sensation Wednesday evening in Davies Symphony Hall with only two pieces — but what two pieces they were! Neither amounted to a well-known or remotely popular composition.
The evening began with Witold Lutoslawski's 1987 Piano Concerto. Following intermission came Anton Bruckner's Symphony No. 2 in C Minor (1872/2005). The Polish pianist Krystian Zimerman, the concerto's dedicatee who premiered the work at the Salzburg Festival in 1988, served as Blomstedt's superb soloist. This seemingly severe program had the audience on its feet and begging for more. 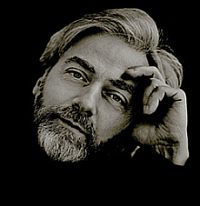 Lutoslawski wrote a number of masterpieces, though none more original than his Piano Concerto. In one swoop he changed the entire landscape of concerto writing. Music hasn't had that kind of a shake-up since Beethoven's "Emperor" Concerto, which ushered in the symphonic concerto, and Weber's Konzertstück, which established the concerto as tone poem. What Lutoslawski accomplished was something akin to a double concerto.

The pianist faces a difficult, virtuosic Piano Concerto, while the orchestra, rather than merely supporting the pianist, exists as a highly diversified unit on its own. There are many soloist turns in the orchestra, as well as important passages for one section of instruments. It's playing what amounts to an entire concerto for orchestra at the same time as the pianist is dealing with his own concerto. Naturally, soloist and orchestra share certain materials, though in different fashions.

Then, too, the makeup of the orchestra is unique. While it is large, the strings are reduced — except for 16 second violins. The other strings are cut back, as for instance only four double basses. Those basses, however, have various solo work to do, whether individually or as a unit, sometimes in divisi. In one case they support the solo pianist, unaided by other colleagues. Blomstedt gave them a solo bow at the end of the performance, which obviously surprised even them. They hesitated a few seconds before standing, their facial expressions distinctly reading "Who, me?" (That brought forth a few chuckles from the audience members near me.)

And whereas a considerable variety of percussion instruments are called for, there was only one player to cover them all. Much of the time, portions of the orchestra were divided into assorted forms of chamber music, playing at full strength only occasionally. I suppose that's the influence of Mahler, whose orchestrations were once described as "... chamber music for 110 musicians."

The layout of the four movements is only mildly unusual: a fast bravura movement, then what amounts to a loud Scherzo, an ultrarelaxed and lyrical slow movement, and last a strap-on-your-seat-belts finale. What's so unusual here was the slow movement, which is played almost entirely as a quiet recitative for solo piano, sometimes even as single notes. In that sense it amounted to the Concerto's nonbravura cadenza, testing not the pianist's dexterity so much as his poetic sensibilities.
Astounding Pianism
Zimerman was not found wanting in any aspect of his performance. He proved beautifully adroit in his countryman's demands, with just a touch of Chopin-like grace in the various lyrical passages — of which there were many. I can't say that I've ever heard finer pianism. The attention to the most minute detail was simply amazing, and roundly was he cheered for that through a string of solo bows. For a moment it seemed that he might sit and play a solo encore for us; but no, no encore.

The orchestra, too, played a keenly polished account of the Concerto, no doubt thoughtfully prepared by Blomstedt himself — a man who recognizes a masterpiece when he sees one. But I gather that he restricted some of the Bruckner's rehearsal time to achieve that terrific Lutoslawski performance.

Bruckner's Second Symphony was well-conceived and generally well-played, though a few performance problems cropped up in this unfamiliar work. After all, the orchestra hasn't programmed a Bruckner Second since Seiji Ozawa led one in 1977. There have been massive personnel changes since then, so that last playing had little or no effect on the players.

There are always different versions of the Bruckner symphonies out and about, resulting from his revisions or more often the work of meddling editors. Blomstedt selected the original 1872 version as edited for the new Bruckner Society edition by William Carragan. Carragan tried to use the original score while accommodating it to the small alterations Bruckner made to the score in 1879 and then again in 1891. It was published with the Society's blessing in 2005.

The one questionable change that befuddled me was that the two inner movements were switched, so that we heard the Scherzo as a second instead of a third movement. (That's not Carragan's doing.) Why, I know not. The slow movement constitutes the finest music in the piece, whereas the melodic qualities of the finale form the symphony's weakest link. Perhaps the shift was intended to leave a more gratifying result near the end of this 80-minute composition.

People frequently object to such lengthy rhetoric in so serious a work. Yet the thing with Bruckner's symphonies is that it's necessary to understand that they are essentially religious, not at all intended for pure entertainment or casual listening. Even Bruckner's scherzos avoid ha-ha antics. They seem to imply more about the power of God, written down by an ardently, obsessively religious man. And God, after all, doesn't make jokes — anyway, not often.

The problems in performance were not serious, but there were some. I heard little bits of fuzzy ensemble, and an occasional blooper during a horn solo. Those are perfectly human slips, but they were a tad magnified by our expectation of the flawless performances that have become a trademark of the San Francisco Symphony during the past 20 years or so. Still, it was opening night. It's likely that the second and third performances improved.