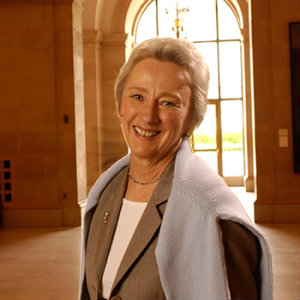 Ruth Felt’s office is in 500 Sutter. At Powell. For more than 30 years now. Up to the seventh floor, left off the elevator, then right. You think of Max Bialystock and Leo Bloom in The Producers. The suite is 710, and behind an unimposing door, the office of San Francisco Performances. Felt is founder and president, and she will see you now, if only to announce a long goodbye. She will retire next fall.

Felt is, of course, one of the great impresarios of the area, on a podium with Robert Cole and Matias Tarnopolsky, and now, at 76, in excellent health, she wishes to bow out, get on with other lives, and revisit those places last seen too many years ago. Paris, for one. India, still unseen, also comes to mind.

Meanwhile, during her victory lap year she intends to set the stage for someone else to do all this —  someone younger, naturally. Even though there are those who may wonder how long it will take nearly anyone else to acquire her stature, earn the loyal respect of so many performers, and possess his/her own little black book of “spies,” as Felt calls them, with tips to diamonds in the rough all over the world. In sum, how to discover somebody with her instincts, conviction, and charm, to oversee the magical business of grabbing stars out of the sky and hanging them in the Herbst Theater, year after year, crowds forever roaring to their feet.

From her desk, in a corner office, Ruth can see the Top of the Mark hotel and atop the hotel the American flag; her story of becoming an impresario is particularly American. Below the hotel, her view is of Powell Street, with the cable cars sliding up and down like cursors on a slide rule. Often, she can hear the cable cars clanking out her giant windows.  It’s a bright, sunny office to go with what has been a bright and sunny career, a fabulous career, particularly for someone who always wanted nothing more in life than to go to live performances. 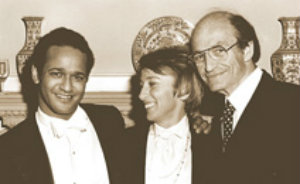 In her office, behind her desk, are photographs of herself with various artists at various occasions; stacks of CDs, books, magazines, brochures, programs, file folders. Hangings on the walls include two postcard-sized images of Philip Glass; a Matisse poster from the Museum of Modern Art; a small oil painting of a string quartet; photographs from the years she worked at the San Francisco Opera, including one of Jon Vickers, the Canadian tenor, starring in a particularly memorable performance of Britten’s Peter Grimes. And then, finally, a photograph taken in November of 1980 at a party following the very first concert, which featured pianist Andre Watts.

Among the artists that Felt feels the most pride in having introduced to San Francisco, are Hungarian pianist and composer Andras Schiff; the Russian-British classical pianist, Evgeny Kissin; Slovenian pianist Dubravka Tomsic; the Alexander String Quartet; pianist/ composer Thomas Ades; and the Paul Taylor Dance Company.

About the art of being an impresario, she said:

I absolutely know that the quality of the product that you put on stage has always got to be first and foremost and not compromised. That’s essential. I believe in a very collaborative, transparent, and honest culture between the CEO and all of the staff and the board of trustees; that relationship and openness and trust is a key to a successful operation. I also believe in the importance of the relationship you build with your audience, and the need to pay attention to what they tell you and not to ignore things that go wrong — and to be very careful to fix a bad experience.

The schedule at San Francisco Performances is set two years in advance. The next two seasons will feature the return of soprano Dawn Upshaw in the premiere of a commissioned work by composer Caroline Shaw; a thematic, multi-concert series curated by pianist Jonathan Biss; the return of the Paul Taylor Dance Company; the Alexander String Quartet with SF Performances Music-Historian-in-Residence Robert Greenberg in their popular annual Saturday morning series in San Francisco and Berkeley, and other artists and events to be announced.