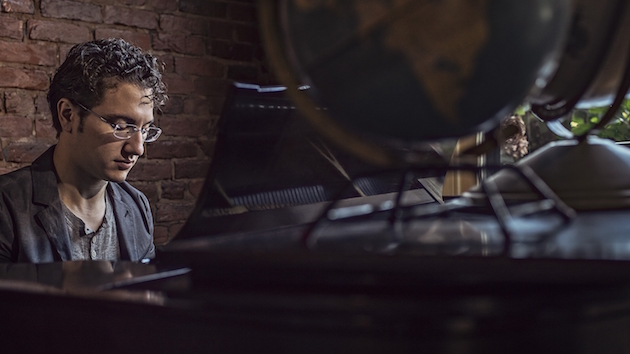 In early June, on the third floor of the old McRoskey mattress building on Market Street, at a promotional event for the Britt Crater Lake Project, Michael Tilson Thomas and Teddy Abrams fell into a tete-a-tete. A heads-of-state moment between the emperor and a premier from the provinces, music royalties old and new, but also a moment for two Jewish intellectuals, two experimenters, to catch up and talk shop. MTT, sitting on the side of a high stool, not unlike the way he does in rehearsals, slightly bent over, fatherly and reserved by turns, with his whimsical eyes and his recent Four Preludes on Playthings of the Wind at his back.

Meanwhile, T.A. standing, gesturing, talking lickety-split, exuberance unbounded, having just played one of his signature, improvised piano riffs a few minutes earlier, as well as hawked his beloved Britt Music Festival — altogether the consummate modern conductor, the young disruptor, ever drawn to ‘big ideas,’ and of course his jazz band.

It’s fair to say that T.A. is looking to create his own version of MTT’s New World Symphony/Academy. A new sistema altogether, to keep the music playing for this era, in this America.

“Outside of my own immediate family,” said T.A. a few weeks later by phone, referring to MTT,  “there aren’t that many people I’ve had such a steady relationship with for two decades.”

He added, “This world [of classical music] has a lot of very talented and attractive personalities, but the number of real visionaries really willing to put themselves out for what they believe, is a very small number and Michael is one of them. His experiments are part of the reason we have symphony orchestras around at all these days … In my own way, I’m trying to do the same thing.”

In one sense, the challenge for Abrams remains the same as it was for Thomas 30 years ago — to make orchestras and audiences reflect the browning of America. Of course diversity is the daily-bread word, and the theme of the recent League of American Orchestras’ conference in Baltimore. But how to do it?

Abrams has been the music director of the Louisville Orchestra for two years and by his own measure has had real success engaging the local community. He’s relentlessly tried new things, both in the way he goes out into the community and in programming, which might be considered “dangerous” in other places, but Louisville has a history of open-mindedness in the arts. Note the Humana Festival of New American Plays in November.

But more important, like MTT, he’s approached his ‘mission,’ with the conviction that in Louisville he’s got to start from scratch, he’s got to find a way to make the lifestyle of a classical musician echo the excitement of being a sports star — and so to get in the mind of a 5- or 6-year-old, knowing all the while that it’s going to take a decade to succeed. If then.

“My whole thing is if I can demonstrate that orchestras are naturally inclusive, and that they do reflect local communities, I think you can begin to open up the idea that the orchestra is a place where you can bring your own background and personal history. You can find your own story.”

“As for the audience what I’ve found is that you have to be authentic and very honest about whatever you’re doing. People have this remarkable ability to smell BS. They know when you’re looking to sell a ticket just for the sake of selling a ticket. And so you just can’t throw up a bunch of pieces that satisfy our own guilt or inclination to find an easy fix. You have to be willing to have a serious conversation about the music people care about and already listen to, and then present it in a way that reflects what the orchestra is capable of. That gets results.”

In the summer of 2015 Abrams arranged a Louisville concerto featuring four local musicians, all from different backgrounds. “The temptation was to say, 'okay, let’s just get an easy arrangement and throw it together.' But I didn’t do that. I approached it as though I was orchestrating one of Brahms’ Hungarian Dances. That led to some really interesting results and brought out all the things you’d want from a symphony orchestra.

“The point is that lots of times you try to make these kinds of things work like a pops concert and the result is that it doesn’t work for anybody, not least the orchestra which is sitting there with very little to do, not feeling included, in part because the arrangements are made to be as easy as possible, so you can pull it all together with one rehearsal. But all that does is devalue the symphony’s involvement. What we’re trying to do is the opposite of that.”

Musicians to the Stump! 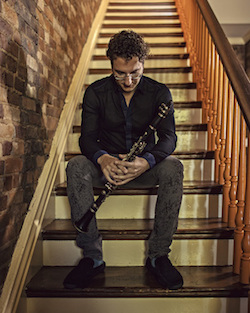 Abrams has come to believe that his work as community leader and artist-disruptor is in his approach to “civic engagement,” and to begin by persuading people that classical music is not an accoutrement, not just something you provide a community when all the basics are covered.

To play this role he has learned to adopt the persona of an "arts politician." “Running an orchestra is like running a huge political campaign, but with no election. Yet all the techniques and systems, protocols and creative ideas involved in getting folks to vote for you are essentially the same. Of course, we’re not competing against other organizations necessarily but we are competing for people’s time, engagement, and, sometimes, their money.”

For Abrams the key to this role of the "musician/politician" is to see, and accept, the enormously humanizing benefits of these personal relationships with the community — “whether those relationships are imagined or actual”.

“In the classical arts world, people might see that seeking out those relationships as a form of pandering, but it doesn’t have to be. Take Barack Obama who presents himself in a way that’s really genuine, and his motivations are really genuine, and then he tries to get done as much as possible. So if you’re genuine about it, there’s nothing wrong with campaigning for your art. Really what you’re doing is campaigning less for yourself than the whole art form, and in this era it’s not just a luxury to do that, or a side operation, it’s necessary because its fallacious to think that concerts by themselves will sustain this art form. The truth is it’s going to take a lot more work than just playing great concerts; you have to get people to care.”

A Platform for the Future

It’s in Southern Oregon, 30 minutes northwest of Ashland, at the Britt Music Festival that T.A. finds his solace. He calls it his ‘test kitchen.’ It remains a little-known festival, but the classical part has gathered more notice in the last two years, both for the music and the unparalleled scenery.

“Britt is just an amazing place to try things and at the same to push ourselves,” says T.A. “ I go there for a month each year and it’s like a test kitchen to make sure you have all the core ingredients. The obstacle to really good food, to stay with this analogy, is a process that’s constantly disrupted with experiments and concern for style and appearance. The result is that you’re not going to have very substantive meals.”

And so at Britt he can indulge his desire for perfection, enjoy the wealth of talent and the breadth of repertoire, and for a moment not worry about how to make classical music commercially successful, how to insure that the idiom will survive.

And where is the idiom going?

“I’m not sure and I would almost say it doesn’t matter. My interest is in creating a platform that will inspire the process of discovery. But you need the platform first. And you do that by establishing relationships with creative people, whether composers or artists in other genres. You do that by striving to keep an open mind and keep evaluating the definition of what that means.”

What that means, he added, is recognizing what’s genuine.

“The lack of pretentiousness is so important in our industry and one of the really challenging things about the orchestral world is that there are a lot of people who think they know what they’re talking about, and have a lot of opinions that may not be based on experience but purely on opinion or what they’ve been told. Which creates a dangerous cycle in this authority system. People are told something is good, or better than other things, and then they tell other people under the guise of that authority. But that’s not open mindedness.” 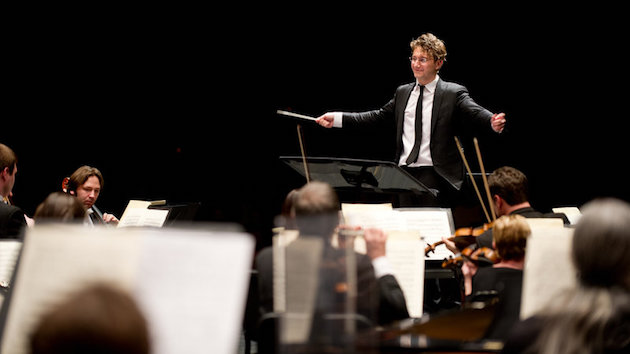