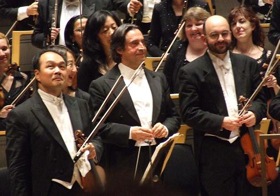 The Riccardo Muti era is finally under way at the Chicago Symphony Orchestra. It has been a long time coming. The results will be sampled when they perform in San Francisco on Feb. 14 and 15, as part of the “American Orchestras” series at Davies Symphony Hall.

Officially, the Italian maestro became the CSO’s 10th music director in September 2010. Six and a half years earlier, Daniel Barenboim had surprised the classical music world by announcing that he wouldn’t renew his contract as Chicago Symphony music director when it expired in June 2006. After more than a decade at the helm, he wasn’t much interested in the kind of community outreach and more-intense local involvement that the CSO board and administration wanted from him.

The search for a new music director began immediately and dragged on for four frustrating years. Many of the best potential candidates were recently ensconced in other jobs (Simon Rattle in Berlin, James Levine in Boston) or, in the eyes of the search committee, too young (David Robertson) or too old (Bernard Haitink). After Barenboim departed in June 2006, the extremely capable duo of Haitink and Pierre Boulez oversaw the CSO’s musical matters. Boulez had been the CSO’s principal guest conductor since 1995, and Haitink and the orchestra had immediately forged a deep bond when the Dutch maestro returned to Chicago as a guest conductor in March 2006.

Founded in 1891, the CSO had an illustrious history to draw on, with legends such as Fritz Reiner and Sir Georg Solti among its music directors. Yet even the best caretakers are no substitute for the vision and firm hand of a fully committed music director.

In May 2008, the CSO announced that it had snared a superstar, Riccardo Muti. Then 66, Muti had not been looking for a music director post. Reportedly, he had twice turned down a job offer from the New York Philharmonic. Music director of the Philadelphia Orchestra from 1980 to 1992, Muti was well aware of the challenges involved in leading a major American orchestra.

But an unexpected, late-in-life love affair was sparked in September 2007 when Muti arrived at Chicago’s Symphony Center to conduct the CSO for the first time in more than three decades. Those concerts truly were unforgettable. The repertory reached beyond the Germanic giants — Mahler, Bruckner, Brahms — that were the CSO’s touchstones. A few minutes into the programs featuring Prokofiev and Paul Hindemith, Alexander Scriabin and Ravel, it was clear that something special was happening. The combination of hair-trigger precision and deep emotion, the full-bodied sound, and the seamless, singing flow were spellbinding. CSO audiences, who had waited so long for Mr. Right, suddenly found him.

Those concerts truly were unforgettable. ... The combination of hair-trigger precision and deep emotion, the full-bodied sound, and the seamless, singing flow were spellbinding.

Muti had always been high on the search committee’s list. But after those concerts, followed by a Muti-led European tour, the CSO musicians, board members, and administration began an unabashed charm offensive. Led by CSO Association President Deborah F. Rutter, they wooed the initially reluctant Muti like a smart young beauty determined to get her man.

“This was a high-risk strategy,’’ said one player on the search committee. “I have to tell you, there was no Plan B.”

Muti compared himself to a confirmed bachelor who unexpectedly finds love. The affair deepened during Muti’s two seasons as music director-designate, with a roof-raising Verdi Requiem in January 2009 and a noble Brahms “German Requiem” in October of that year. In September 2010, for Muti’s first performance as music director, some 25,000 people, many waving goofy little “Festa Muti” flags, crowded into Chicago’s Millennium Park for a free concert of Verdi, Liszt, Tchaikovsky, and Respighi. 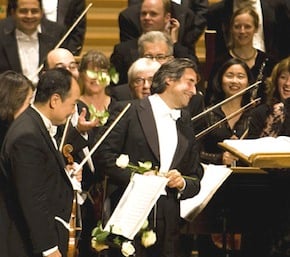 But then Muti’s inaugural season imploded. After conducting just one set of all-Berlioz concerts and a single performance of Mozart and Haydn symphonies, he fell ill right before the CSO’s annual gala on Oct. 2. Doctors blamed overwork and stress, and he cancelled three remaining sets of concerts. All seemed well when Muti returned to Chicago the following February for three subscription weeks. But during a rehearsal for his first program, he fainted and fell, injuring his jaw. Doctors implanted a pacemaker to correct an irregular heartbeat, and once again CSO staff raced to revise programs and rustle up guest conductors.

In April of last year, however, the streak of bad luck vanished. Muti came roaring back to Chicago at full strength with a dazzling concert version of Verdi’s Otello, which the CSO also performed at Carnegie Hall. Since then, it has been calm seas and prosperous voyages for the orchestra and its new music director.

Muti brings to the CSO a combination of the best of his two immediate predecessors: Solti, music director from 1969 to 1991, and Barenboim, at the helm from 1991 to 2006. Solti had emphasized urgent drive, preternaturally precise phrasing, and vivid color. During his tenure, the blazing CSO brass section became the classical music equivalent of rock stars.

Barenboim was after something completely different. He valued spontaneity and more-supple rhythms, sometimes at the expense of perfection of tone and phrasing. He pushed his musicians hard to loosen up, and performances of the same piece often varied noticeably from night to night, to the acute discomfort of some audiences and even orchestra members. Altogether, though, the CSO became a more flexible, responsive instrument under his baton.

Riccardo Muti is capitalizing on both those traditions. Chicago audiences are hearing more of the rhythmic drive and sheer virtuosity they loved in Solti’s performances, alongside the expressiveness that Barenboim valued. As Muti is a distinguished opera conductor, a sense of heartfelt poetry and Italianate lilt is emerging in their music-making, as well. 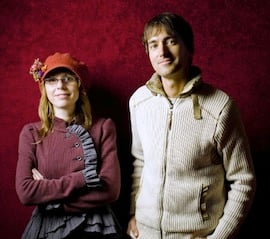 The Muti era is still young, and whether he will focus the orchestra’s attention on a specific composer, as Solti did with Mahler, remains to be seen. His repertory is wide this season, including Luigi Cherubini’s Requiem, a work dear to his heart; and pieces by Nino Rota, Hindemith, and Arthur Honegger alongside Tchaikovsky, Liszt, and Wagner.

Expanding the orchestra’s reach beyond Symphony Center is one of the music director’s passions. In September he and his band performed for an overflow audience of about 6,000 at one of the city’s leading African-American churches. Charming and relaxed in public, he has performed alongside teens at a state correctional facility. Yo-Yo Ma has signed on as creative consultant, and the CSO has hatched an extensive network of outreach programs with the maestro’s full support.

Muti is remarkably open to the ideas of young composers. Anna Clyne and Mason Bates, who joined the CSO as composers in residence last season, regularly include electronic elements in their scores. The orchestra’s San Francisco programs will include Alternative Energy by Bates and Night Ferry by Clyne, both CSO commissions.

With luck, San Francisco music lovers will see a more typical CSO than the one they encountered 25 years ago when the orchestra made its local debut. A truck carrying the CSO’s instruments, sheet music, and wardrobe trunks was hit by winter storms and mechanical problems in Arizona. Solti, a pianist in his early days, and a few colleagues played chamber music for the Davies Symphony Hall audience while the rest of the orchestra warmed up on instruments loaned by local musicians. The concert started an hour late, and the musicians performed in street clothes.