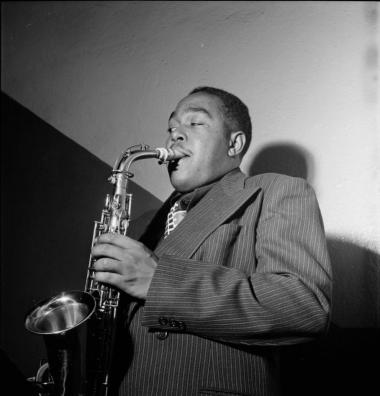 At 100 years old, Bird is not only still flying, his music continues to soar into realms largely untouched by other artists. While Charlie Parker shed his mortal coil in 1955 after blazing through his all-too-brief life, the celebration of his centenary on August 29 prompted an outpouring of commentaries, appreciations, and tributes attempting to encapsulate his capacious achievements and ongoing influence. Players, scholars, and fans, we’re all still trying to catch up to the high-flying alto saxophonist.

Initially nicknamed Yardbird but then universally known as Bird, Parker often seems less like a fine-feathered artist than the proverbial elephant described by a team of blind people, such was the size and multifarious nature of his legacy. At the center of the modern jazz movement known as bebop, he was both a musical revolutionary and a blues-steeped son of Kansas City who drew deeply from the febrile Midwestern swing of Count Basie. Bebop was art music made by musicians who saw themselves more as artists than entertainers, and it evolved directly out of the most innovative work of leading African-American jazz musicians of the 1930s (namely Duke Ellington, Mary Lou Williams, Art Tatum, Lester Young, and Count Basie’s All-American rhythm section).

Though bebop coalesced at afterhours jam sessions in Harlem during World War II and found an audience on 52nd Street in clubs too small for dancing, Bird’s music often retained strong traces of its terpsichorean roots. It wasn’t a stretch for R&B saxophonist Paul Williams and His Hucklebuckers to reupholster Bird’s 1945 bebop anthem “Now’s the Time” into 1949’s “The Hucklebuck,” a massive hit that launched a dance craze and dozens of covers by everyone from Roy Milton and Chubby Checker to Frank Sinatra and Canned Heat (it’s no coincidence that both Bird and Williams’s tracks were produced by jazz hustler Teddy Reig for Savoy Records).

Parker’s virtuosity encompassed every element of music, and part of the challenge in assessing his legacy stems from Western culture’s relatively limited language when it comes to describing and analyzing rhythm, phrasing, and timbre, attributes that defined Bird’s genius (and that make jazz jazz). Surrounded by a thick aura of legend even during his life, he often promulgated his own mythology, once famously telling an interviewer that he wasn’t at all influenced by Count Basie tenor saxophonist Lester Young. You can hear Bird getting his fingers around Young’s smooth phrasing on his first recording, circa 1939, a solo homemade medley of “Honeysuckle Rose” and “Body and Soul.”

He wasn’t a lone genius, though it could seem that way. Picking up a less-than-inspired rhythm section on the road when a gig didn’t pay enough for him to travel with his own band didn’t clip his wings. He was fully capable of astounding flights of imagination without the benefit of suitable collaborators. But he was deeply enmeshed in a loose confederation of contemporaries, most of whom spent time in the orchestra of pianist Earl Hines in the early 1940s (and Billy Eckstine’s in the mid-’40s).

A two-year recording strike by the musicians’ union seeking higher royalties from record labels meant that bebop’s incubation and birth weren’t documented in the studio from 1942–1944, but in 1945 the music burst forth in a series of sessions led by Bird’s equally brilliant comrade Dizzy Gillespie. In November, Bird made a sensational mark under his own name recording as Charlie Parker’s Reboppers for Savoy with an unknown 19-year-old trumpeter named Miles Davis, 21-year-old drummer Max Roach, Sadik Hakim or Dizzy Gillespie on piano, and bassist Curley Russell, the old man of the session at 28. The pieces became the urtexts of bebop, introducing originals that quickly became standards with the 12-bar blues “Billie’s Bounce,” “Ko-Ko” (a piece based on the chord changes of “Cherokee,” or a contrafact), and “Now’s the Time,” a riffing Kansas City-style burner.

His position in the avant garde was driven by his rapacious ear and turbo-charged imagination, not a modernist desire to shock the bourgeoisie or start a new musical movement. In an interview with fellow alto saxophonist Paul Desmond, a Parker devotee who was one of only a handful of altoists who came of age in the 1940s and ’50s and avoided a stylistic dept to Bird:

He’s both humble and fully aware of the startling, once-in-an-era nature of his achievements, assessing his contributions by noting that “of course it can stand much improvement. Most likely in the another 25, maybe 50 years some youngster will come along and take the style and really do something with it, you know? But ever since I heard music, I thought it should be very clean, very precise ... More or less true to people. Something they can understand. Something beautiful.”

In many ways Bird never fit comfortably into the uber-hipster role into which he was cast, the doomed genius who lived so outrageously large that he was destined to crash. Addicted to heroin while still a teenager, he rejected the doomed allure of junk (though tragically many of the young players who worshipped him did not, believing that to play like Bird they needed to chase his drug of choice). Chan Parker, Bird’s common-law wife, describes him in her memoir My Life in E-Flat as someone who craved a stable home life and didn’t listen to much jazz or anything too “hip” at home.

Right up until his death at the age of 34, he took himself seriously as an artist, refusing to be bounded by his peers’ prevailing notions of coolness. When impresario Norman Granz gave Parker the opportunity to fulfill his long-time ambition of recording with strings, Bird eagerly proceeded despite the widespread perception in jazz circles that strings were terminally square. The resulting Mercury album, Charlie Parker With Strings was by far his most popular recording, a project that’s been revived by sax masters such as Charles McPherson and Med Flory (in the combo Supersax).

Altoist Andrew Speight, who teaches at San Francisco State University’s School of Music and Dance, has made it his mission to collect as many of Parker’s original string charts as possible. “Bird studied classical music pretty intently,” says Speight, who was born and raised in Australia and settled in the Bay Area some two decades ago. “He had wanted to do the string thing for a while. You can trace the roots back to Billie Holliday and her album with a small string section.”

Rather than focusing on his large book of original compositions, mostly blues and pieces based upon the chord changes of popular songs, Parker compiled a list of ballads like “Everything Happens to Me,” “April in Paris,” and “I Didn’t Know What Time It Was.” Jimmy Carroll wrote the first batch of charts, and Mitch Miller, who was doing A&R for Mercury, did the contracting, conveniently hiring himself for the oboe chair. Recorded in November 1949, a relatively stable period of Parker’s life, the 10-inch album captures Bird playing with his usual brilliance, but with a softer tone and greater concision. “The string writing wasn’t very advanced, compared to what Bronislaw Kaper was doing in Hollywood,” Speight says. “But Parker sees the blandness and paints a beautiful picture on the top of it, fully using that contrast.”

Parker by many accounts was a sponge who absorbed every sound that came his way. Woven into the bebop idiom was a puckish practice of musical quotation, with everything from “Jingle Bells” to bel canto fair game. Bird’s solos often started with a set idea, phrase or motif before careening into a melody improvised over a blues or the chord changes of a standard like “How High the Moon,” “I’ve Got Rhythm” or “What Is This Thing Called Love?” Bird was a sly master at the musical quotation game, and as Alex Ross recently shared on Twitter, you can hear him quoting Wagner’s “O, du mein holder Abendstern” (Song to the evening star) about 25 seconds into this version of “Cool Blues” recorded at Boston’s Storyville in 1953.

His power to spark obsessions and epiphanies in budding musicians hasn’t faded over time. A leading contender for my favorite album of the year, alto saxophonist Rudresh Mahanthappa’s Hero Trio (Whirlwind Recordings), centers on his love of Bird’s music (while also celebrating Keith Jarrett, Sonny Rollins, Johnny Cash, Stevie Wonder, and other luminaries). Featuring Mahanthappa’s longtime compatriots bassist François Moutin and drummer Rudy Royston, the album opens with a blazing version of Bird’s “Red Cross” and closing with an equally ferocious run through “Dewey Square” (a Bird tune also known as “Prezology” and “Bird Feathers”). In between the trio dips back into the Bird songbook, referencing the mambo bounce on “Barbados,” then segueing into Coltrane’s “26–2,” a contrafact of Bird’s “Confirmation.”

“Charlie Parker was a huge influence on me,” Mahanthappa says. “I like it when people talk about individual tracks. Not only this album, but this tune, listen to this thing that he does. We talk about this on the road. This one tune where he does this specific thing, phrased this way, opened up the world to me.”

One thing that can make Bird’s music a challenge for nonmusicians is the often-substandard audio quality of some of his most striking work. As Thomas Owens points out in his trenchant book Bebop, “More than half of Parker’s recorded legacy is of public performances in night clubs, concert halls, and dance halls, and of private performances in jam sessions and rehearsals. Many of these pieces were recorded with poor equipment, and their acoustical qualities vary from poor to abysmal.” For many years it was received wisdom that Bird’s 1940s recordings were far superior to his work the following decade, when his health was in decline. But abundant live recordings make it clear that Bird was capable of transcendent improvisation almost until the end of his life.

Iconoclastic saxophonist Allen Lowe argues that some of Parker’s best work can be found in recordings from around 1953, when he seems “to be recognizing that the best jazz solos are, like all experience, not death-defying but really life-defying. Listen to what everyone tells you, socially and artistically, that you cannot or should not do [this] and then do it anyway as long as no one else gets hurt. Make sure the risk is all yours, that everyone else is out of range, and then shake that bottle as hard as you can and then twist off the cap with abandon.”

McCoy Tyner and the Bay Area

An appreciation for the brilliant jazz pianist and his special relationship with greater San Francisco.