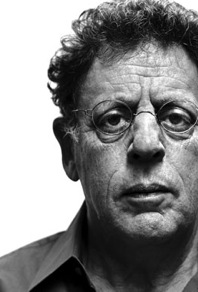 Although he’s the best-known and most prolific composer of his generation, Philip Glass does a lot more than just write music every day. The indefatigable 74-year-old New Yorker runs a multifaceted operation that includes a record label (Orange Mountain), two publishing businesses (Dunvagen Music and St. Rose Music), and a recording studio; collaborates with dancers, filmmakers, and theater artists; and tours regularly both with the Philip Glass Ensemble and as a solo performer. At the end of April, he appears in a solo performance sponsored by San Francisco Performances, which will also host Lucinda Childs’ Dance, based on his music.

In constant demand as a composer, performer, and proprietor of what might be called Philip Glass Inc., he somehow has found a moment to spare for another major project. And yet this summer will see the inception of the first annual Days and Nights Festival in Carmel Valley and Big Sur, established and programmed by, yes, Philip Glass himself, who’ll also perform with his ensemble (the opening night gala is Aug. 19). The old jokes about his music’s repeating itself don’t seem to apply to his career and he keeps finding new ways to make music happen.

The festival is no mere late-career fancy. “The idea had been with me for probably 15 or 20 years,” Glass told SFCV in a phone interview from a car in Minnesota. (He’s always on the go.) “I was very impressed by Spoleto [Gian Carlo Menotti’s twin festivals in Italy and South Carolina], and other, older composers had been involved with festivals, and now I’m an older composer. And I’d been performing with my own ensemble since 1970, so wouldn’t it be nice if we had a home? I even had the name, Days and Nights, in my mind for years and — music that just goes on and on, for days and nights.” 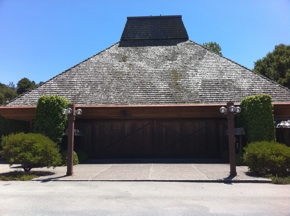 Life Through the Looking Glass

West to East: The Migration of American New Music

Glass also had long been infatuated with the Bay Area, ever since riding through the Peninsula on his motorcycle some half a century ago, hoping to meet the writer Henry Miller. In 2008, he returned to the area to perform in a benefit concert at the Henry Miller Library at Big Sur and stayed on for a week, soaking up the pastoral scenery. Maybe, he mused, this could be the place for a festival. But where?

When he mentioned the idea, over lunch, to Amy Anderson of the Big Sur Land Trust, she suggested the Hidden Valley arts training center in Carmel Valley. It has a small concert hall that holds about 350, a dance studio, a dining hall, and rehearsal spaces. Glass even found a relatively open time slot so as not to compete with and — and maybe to piggyback a bit on and — other nearby tourist-drawing festivals, such as Santa Cruz’ Cabrillo Festival and the Carmel Bach Festival.

From the outset, Glass wanted the festival to be about more than music. He has always considered himself a man of the theater, and, from the beginning, his best-known works have arisen out of fruitful collaborations, starting with Mabou Mines theater company in 1970. So it was natural for him to reach out to old colleagues for the initial lineup and — choreographer Molissa Fenley (who teaches at Mills College), composer John Moran, filmmaker Errol Morris, members of his own ensemble. To tap into the area’s legendary poetry tradition, he enlisted the Miller Library’s Magnus Toren to curate a series, using local poets. He also drew musicians from YOA (Orchestra of the Americas), a touring orchestra of young professionals based in Washington, D.C. The current facilities aren’t sufficiently capacious for orchestral music, but the ensemble will provide musicians for chamber works, including sextets and octets. He also plans to do recording and broadcasting from the festival eventually. “I’ve been working as a collaborator in dance, film, theater, and with poets my whole career,” he notes. “This whole festival is what I do.”

Much of the first-year programming will involve Glass’ own works and — one of his celebrated solo piano concerts; Fenley’s dance works, including a new solo piece called Dreaming Awake; screenings of the films Kundun and Morris’ Tabloid, which Glass scored; his ensemble’s live performance of Glass’ score to the 1931 film Dracula (originally performed by the Kronos Quartet). Works by Shostakovich, Schubert, and Mendelssohn also dot this summer’s program. Ultimately, some of his so-called “pocket operas,” like 1000 Airplanes on the Roof or In the Penal Colony, could work in the venue. 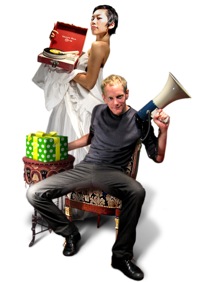 Yet Glass is also connected to new music. A well-known mentor to young composers, he listens constantly to new music submitted to him. In 1996, with Eleonor Sandresky and Lisa Bielawa, he cofounded New York’s annual MATA Festival and the bimonthly Interval concert series, which commissions and presents new music from young composers around the world. Those and other sources should provide a fruitful source of Days and Nights music. In time, he’d like to bring in some new, jazz-oriented sounds, too.

Days and Nights is part of a larger vision that looks beyond the Bay Area. Some of the music heard there will first be performed at New York’s Metropolitan Museum of Art and in Amsterdam. “I think of composers as global now,” Glass explains. “It’s not so important where the composers are living. What’s important is that their voices be authentic and cross-generational. We’re intending to construct something of a level of quality that people will be interested in, all over the world.”

Glass views the festival’s diversity and broad reach as providing a model that transcends the arts. Despite the bitterness of the long Detroit Symphony strike, he believes it’s instructive that eventually the parties were able to settle their differences in tough financial conditions. “As a country, we’re concerned about disagreements and the ability of various groups to talk to each other,” he says. “The arts are a vibrant and vital part of our national community, and one of the things we’re going to do here is talk to each other. Being open-minded and open-hearted is a very important part of this festival. Artists and cultural institutions can be a model for how diversity and diverse people can live together.”