For the Recorder: Rediscovering Glories of a Simple Instrument 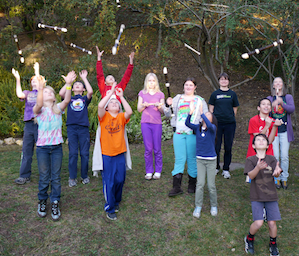 A thumbnail history of the recorder begins in the Renaissance when the instrument was named, from an Italian word meaning ‘remember’; moves to the Baroque period when it became part of a public pastime; then to the Romantic era when it was eclipsed by the flute, oboe, and clarinet; and to the early 20th-century when the recorder came into vogue once more, with the desire among both musicians and audiences for historically-informed performance — and because it became popular in schools, which has led to the notion that the recorder is, finally, a child’s instrument.

“The recorder has a very bad name,” Hanneke van Proosdij told us the other day, “because so many students start with it and then move on. And so we’re battling this perception, because anyone who spends any time with this knows the recorder is a real instrument, it has a beautiful and varied sound and an extraordinary history. And it’s cheap.”

“It’s also a very joyful instrument,” says van Proosdij, and lends itself to the fun of playing together, particularly in ensembles.”

She is a member of the Philharmonia Baroque Orchestra, among other professional affiliations. And she directs the East Bay chapter of the Junior Recorder Society, which she founded in 1997 with Louise Carslake.

The Junior Recorder Society is an outreach program sponsored by Voices of Music, a nonprofit organization also started by Tayler and van Proosdij. In addition, Voices of Music is the name of their early music ensemble. Its players are drawn from the extraordinary pool of professional early music musicians in the Bay Area.

“The recorder is a real instrument, it has a beautiful and varied sound and an extraordinary history. And it’s cheap.” — Hanneke van Proosdij

Students from the Recorder Society have performed over the years at, among many other venues, the Tilden Nature Center, St. Albans Church in Albany, and the Berkeley Early Music Festival.

The society offers classes once a month for two hours in El Cerrito. Right now, there are about 16 students, grades 3 through 10. Players are broken up into three groups based on ability. The society does not offer recorder lessons but the teachers do. A half hour lessons runs between $15 and $30. Ensembles classes cost around $5 to $10.

Decent plastic recorders, which include a curved windway, cost about $25. Naturally, there is a difference between plastic and wood, and there are both soft and hardwood models, but it’s generally true that plastic is often better than wood at the $25 to $30 level.

“Certainly one of the other great aspects of the recorder is the way it helps a child to build confidence. If you play just a little scene, that gives you the basis to go on; with hard work you improve, and you can see the progress. Children often don’t have that experience in school.”

The Junior Recorder Society was folded into Voices of Music in 2011 as one of three outreach programs. A second initiative is the Great Works Project, an expanding list of concert videos of 100 of the great works of early classical music. These HD videos can be seen on YouTube and have drawn more than 12 million hits in the last six years. Read that number again; it’s not a misprint. Tayler has done that simply by going where the (younger) audience is, instead of waiting for them to come to him.

The third Voices of Music program is its World Wide Education Initiative, which produces instructional videos for music students in middle school through college. Two videos are in circulation; eight more will be released in the coming months. The videos range in length from 3 to 13 minutes and are hosted by experts in the field of baroque music and instruments.

Topics focus on the mechanical parts of instruments and how sound is produced. There’s a video on the history of bows and how shape influences sound. Another video demonstrates how to make a Baroque oboe reed. Among the videos coming soon is one on Recorder playing technique and how to cut a plectrum, the part of a harpsichord that produces sound and which breaks easily. Early music (from the 1700s and earlier) long ago became mainstream in the classical music world. Voices of Music is just expanding that idea — taking knowledge that used to be esoterica and making it general.