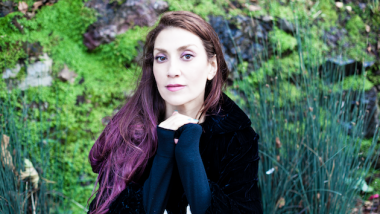 So You Want to Make an Opera

Opera sounds grand, doesn’t it? Not only in a staging sense, but in psychic dimension, drama, emotional scope. Because opera is grand — even without a major production. Opera tackles both the lowest and the highest — the lowest points in our suffering souls and the highest peaks of ecstasy.

Making an opera also can mean highs and lows. Operas are musical-literary-theatrical spectacles that to happen generally take a team of artists, designers, musicians, singers, commissioners (for new works), presenters, and more. Even for low-production chamber works, it still takes countless hands and many years before the completed work gets to an audience’s eyes and ears. At any point in this production constellation, any manner of things could impact the final product.

I’m a writer, creator and producer. My entry into opera was via a backdoor. Being a lover of classical music, I was asked to collaborate as a creator and librettist on a song cycle. Subsequently, I received training as an opera librettist in two unique and prestigious opera residencies, one in New York and another in Washington D.C., writing one opera project for each. Then, one producer offered me a second opera. My first opera with that producer was a story of family secrets as parents fought over whether to have their young son smuggled out of the country to avoid being drafted. Essentially the first scene of Superman, it was a universal story of parents agonizing about sending their children away when their home country collapses. It was set in 1983 Iran during the devastating war with Iraq. The producer who offered me a second opera had a condition: not to write an opera set in Iran or with Iranian characters to prevent emotional involvement getting in the way of my craft.  I doubt whether an American librettist of European descent would be told not to set her opera in Texas or Idaho. It felt like xenophobia.

The restriction provided further ammunition to push my mind into a thorough housecleaning. I trained it to go from “why me?” to “why not me?” From “why is my voice bypassed?” to “my work deserves it!” I’ve had to fight hard for the “why not me” space I make for myself, my projects, and my teams.

So I decided to do a new opera, all my own. I say “do,” when I did not fully understand what that actually meant. It turns out I am a madwoman, because I then heedlessly forged ahead to create and present an opera completely on my own, or more precisely as the leader of a three-ring circus.

I knew this would be a daunting task—though its extent is still unfolding as I sit here in a state of terror, convinced that I have made the biggest mistake of my life. So I decided to add to that mountain of work by writing a book: Self-Portrait in Bloom tells the dramatic backstory of the inception, obstacles, and self-reinvention that this undertaking has taken in my six-plus year journey to realize my opera, Abraham in Flames.

Abraham is about the journey to becoming our authentic selves. It is being birthed outside of the opera establishment or any establishment for that matter. But that’s only fitting because though we call Abraham an opera, we are creating it as a “happening” of sorts, an experience. This is why Abraham’s workshop viewings in 2017 were so moving to its diverse audiences who loved the music and the honesty of the story and the performances.  The composer, Aleksandra Vrebalov, and performers delivered it all, aided by the vision of our director, Roy Rallo.

And for you who might also want to make an opera (I am writing this not so much as a testament to my entrepreneurial and multitasking abilities, but more as a cautionary tale), I wish I had kept a diary of the marathon it has taken to get here.

Though I am a seasoned instigator of team projects since my childhood in Tehran, the stakes are the highest they have ever been as I stretch myself in the most uncomfortable directions to self-produce this, my first opera. Marathoners all have their dark miles when it takes great mental stamina to keep pushing ahead. I hit my dark mile last week.

On a walk I saw a book on the pavement. It was Joseph Conrad’s An Outcast on the Islands. Feeling defeated that day, I tried on a little bibliomancy (divination by random words). I opened a page and read a sentence: “Everyday, she got a little closer. He watched her slow progress…”

Ah, yes — getting closer step by step. It was a good reminder on a day when I questioned my sanity and ability to see the massive project to fruition, with the opera in its final eight months until the May 2019 premiere.

It is embarrassing to list all the different roles I play, but here are some broad categories: artist (librettist and creator of the opera with my collaborators), commissioner (raise funds and enlist the talent), executive producer (make the premiere happen, oversee everything which goes across my desk, translate one group’s needs to another, i.e. the director’s abstract concept to marketing that needs a provocative image, and vice versa), presenter (partner with organizations, work with our producer, Cath Brittan, to rent venue, hire talent, designers, crew, organize rehearsals), development (raise every single dollar from a variety of sources), captain (find the right people to build my team, oversee them and our progress), marketing (find and manage people to create collateral), strategist (insure all components of the project fit together, build on each other, maximize their potentials), business developer (try to give the project legs after it is birthed) and more. Most of the people I am working with are new to me, so there are the sensitive nuances of getting to know each team member’s working styles, actual strengths, and areas that need prodding.

As I question my entire existence, I wonder how I could have missed, by such a long shot, any semblance of a practical, monetized life, I remember the young women’s chorus for whom Abraham in Flames is created. I remember what it means for them to be the lead character of an opera, even if they are not aware that this breaks operatic convention. I remember the raw, earnest mini-confessions young ladies would relate to me during the 2017 workshops, telling me how much the “message of the libretto” spoke exactly of their lives, how they had never sung so close to the audience before, how I watched the unexpressed potentials in them find a voice, how they said it was eye-opening for them to watch my collaborators and I — people just like them — do this. Also, how the creative opportunities given to them at these still hopefully carefree moments of their lives educate and change them forever in tangible and intangible ways. And then I am re-energized to take that next step forward, even on my darkest day.

If you want to run this marathon, if you have a big vision that others do not fully comprehend, if your multiple roles on a project confuse and disorient your team, despair not. You aren’t the first and only pioneer in the world. Just take your steps — forward one at a time. One day in the future your slow trickle of steps will have become a mighty ocean. Our ocean is called Abraham in Flames.

Abraham in Flames world premieres at San Francisco’s Z Space from May 9–12, 2019, and features the Young Women’s Chorus of San Francisco as its lead character.

Niloufar Talebi is an author, award-winning translator, multidisciplinary artist, and producer. She has received commissions from Carnegie Hall, Cal Performances, and the Atlanta Symphony, and her work has been featured at Stanford Live, Brooklyn Academy of Music, Los Angeles County Museum of Art, the Kennedy Center, World Literature Today, PBS Frontline, ArteEast, Bidoun, Poetry International, Rattapalax, and Mother Jones Magazine. Her opera with composer Aleksandra Vrebalov, Abraham in Flames, is inspired by her coming of age with the iconic Iranian poet, Ahmad Shamlou.

Age Before … What Does It Take to Be An Opera Singer?

For three late-bloomer singers in the Merola Opera Program, emotional maturity and determination substitute for a long apprenticeship.

'All Opera Is Expensive'