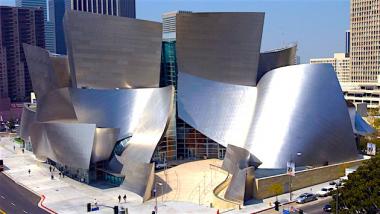 Is the Symphony Orchestra an Endangered Species?

Charles Darwin concluded that extinctions were an ongoing aspect of evolution. A species’ survival, he wrote, was based on its strength, ingenuity, and an ability to adapt and work cooperatively.

For years skeptics have been predicting that the symphony orchestra is doomed to go the way of the dinosaurs. They cite an audience demographic that is growing older and dwindling; a younger generation that’s more at home online than in a concert hall; government’s failure to supply financial support; a music-education system that no longer trains young musicians or fosters historical appreciation of classical music, particularly in underserved (often minority) communities.

These are issues the Los Angeles Philharmonic is taking on directly and finding solutions for as it enters its second century. Through a combination of bold hiring decisions, adventurous programming, the commissioning of new work, inventive marketing,  strong administration, a dedication to gender equity, targeted community involvement, a supportive board of directors, and strong civic and governmental interaction, the LA Phil represents a model for survival. It also helps that the orchestra can count on its summer season at the (Los Angeles County-owned) Hollywood Bowl to supply a consistent source of financial support.

Chad Smith, the LA Phil’s chief operating officer, sees the orchestra’s centennial celebration as a pivot point that will guide the organization into the future.

“My biggest concern planning the centennial was that it would be a big party; then it would be back to business as usual next season,” said Smith. “That’s not what we’re interested in doing. We want to come out of this season inspired and changed by all the relationships we’ve established. It’s all about how we collaborate, how we use our spaces, and how our audience perceives what we do.”

The most important pivot point in the past, Smith emphasizes, came on Oct. 24, 2003, the night the Walt Disney Concert Hall was inaugurated. Frank Gehry’s landmark creation — an ever-popular backdrop for endless selfies and automobile ads — marked the beginning of a new era for the orchestra, helmed by its music director, Esa-Pekka Salonen, and its innovative president, Deborah Borda. They felt that with the opening of the new hall, business as usual was not an option. With its stunning design and crystalline acoustics, Disney Hall became a magnet that showcased the orchestra and attracted classical musicians and orchestras, jazz artists, and world-music stars from around the globe.

However, Smith points out, the challenge to keep the LA Phil vital and relevant to its audience is an unending process that consistently involves self-examination, imaginative diversity, and continual creative reinvention.

“We have to look at this 400 years of repertory and project onto it a three-dimensional model that envisions multiple audiences perceiving it in multiple ways,” he said. “Programming is becoming more complex because we have to imagine multiple trajectories through our art form while at the same time being careful to preserve the authenticity of the repertoire.”

He then proceeded to draw a diagram that roughly resembled Science Officer Spock’s game of three-dimensional chess in Star Trek. The idea is that a season follows a straight calendar line. But intersecting the line are a series of vertical lines that represent the expansion of a given concert, series of concerts, and festivals. The programming represents the horizontal. The multiplicity of ideas that enhance the event represent the verticals. For example, Smith points to last season’s festivals devoted to the music of Iceland and Mexico, as well as the marathon one-day “community umbrella” event called “Noon to Midnight.”

“Programming is a process of trying a lot of stuff and finding out what works and innovating from there,” he said succinctly. “An event like “Noon to Midnight” was an experiment that totally worked, the idea of opening Disney Hall and inviting musical organizations from all over the city to participate within a casual atmosphere. And,” he adds, “with a low price tag.”

In each of these cases, Disney Hall was transformed into a multiuse venue that incorporated imaginative, site-specific performances and multimedia. But perhaps most important, the perception among younger audiences was that this was the hip place to be.

“We’ve found that young people are incredibly adventurous in their musical listening and their cultural curiosity,” Smith continued. “But we don’t always make it easy for young and new audiences to come and experience what we do, whether it’s price barriers or a perception of how they might be expected to react. It affects the way we look at marketing; are we using the right vehicles to get our message out? We have to create opportunities where people from diverse backgrounds and economic means feel welcome.”

One of Smith’s favorite LA Phil initiatives is the “Green Umbrella” new-music series, which he played an active role in creating (along with Steven Stucky, John Adams, and Peter Sellars).

“The “Green Umbrella” is this ivory tower thing,” he said with a devilish grin. “We program whatever we want to program with no consideration of whether there is an audience for the music. But at the same time, we need to understand how and why people come to concerts. Fortunately, one thing we have a lot of in this organization is risk capital. Our board allows us to take chances — artistically and monetarily. Not every piece we commission is going to enter the repertory. Most work we commission is not. So, why do it? We do it as an investment in the art form, to push the boundaries forward, and keep our audiences informed and inspired.”

Often the real trick, Smith said, is what you do with the final 10 percent of an event’s budget.

In arts organizations you plan and you have your budget. And there’s always a point at the end where there’s 10 percent left,” he explains. “That 10 percent is the most important. It’s the money you can spend to add whatever it is that will make an event special.

Recently that meant bringing a group of organ grinders (and their instruments) to perform in the Disney Hall lobby during the Music of Mexico Festival, set amid an atmosphere of bright Mexican colors and Day of the Dead figures. For its Reykjavik Festival someone suggested an Icelandic artist who does rainbow-colored hair sculpture. The idea was to have her design one to hang in the lobby. Smith immediately said, “Do it.” It’s these little extra touches (that 10 percent) that set LA Phil events apart.

Like a great baseball team, the LA Phil has prospered from its ability to spot young talent and snatch them up before the competition. Rookies Zubin Mehta, Michael Tilson Thomas, Esa-Pekka Salonen, Simon Rattle, and Gustavo Dudamel all found themselves on the Los Angeles Philharmonic podium before their 30th birthdays! (With the exception of Simon Rattle they are all returning to celebrate the centennial season).

“Our initiatives have developed in multiple ways over the last 30 years,” Smith pointed out. “The hiring of Esa-Pekka Salonen was one those moments. He couldn’t take over an American orchestra and do things as usual. That’s not who he was and that wasn’t what Ernest Fleischmann had in mind when he hired him to become music director at 33. The idea that an orchestra needed to be relevant and to engage with contemporary artists was something that was very important to him. Then the building of Walt Disney Concert Hall changed the organization forever. It allowed us to reenvision what we put on the stage.”

Prior to that, the Philharmonic had been forced to share the stage of the Dorothy Chandler Pavilion with the opera, the ballet, the Master Chorale and any number of special events that booked the hall, including the Academy Awards.

“When we hired Gustavo Dudamel we had to commit to doing a great deal of work in the community because that’s who he is,” Smith explained. “When we made the decision to invest in him, and he made the decision to invest in us, the creation of Youth Orchestra Los Angeles (YOLA) had to happen. As YOLA has grown and will soon will be moving into its new campus in Inglewood (designed by Frank Gehry), it has influenced our artistic projects, our touring, and our media plans. There are now 1,300 kids in multiple locations involved with YOLA throughout the city. They spend 15–18 hours a week, 45 weeks a year learning classical music.”

And then there’s Yuval Sharon, the enterprising founder of The Industry (the creative mind behind the “limopera,” Hopscotch, who was hired as the Philharmonic’s Artistic Collaborator, specifically to push the envelope.

“When we hired Yuval I told him, ‘I want you to push us, to be the squeaky wheel. I want you to be the person that gets us to that place where we say “NO. WE CAN’T DO THAT.” Then I want you to tell us why we have to say “YES WE CAN.”’ It’s important to work with artists that will push you out of your comfort zone so you can continue to be relevant in your thinking.”

As part of the centennial season’s exploration of the intellectual and musical legacy of Fluxus, Sharon is overseeing a Tinseltown-influenced production of John Cage’s Europeras 1 and 2 that will be performed on a soundstage at Sony Studios in Culver City (Nov. 6, 10, and 11).

At a time when #MeToo is having such an impact, particularly in the entertainment industry, Chad Smith takes pride in the Los Angeles Philharmonic’s commitment to gender equity, whether it’s on the podium or in the realm of commissioning women composers. As to the flashpoint issue of sexual harassment, Smith conceded “It has not been a problem,” adding “that I’m aware of.” He goes on to explain their primary concern.

The issue we are actively addressing is gender equity. In the 2018–2019 season, 23 of the composers we have commissioned are women, which is an unusual number if you look at the other orchestras in our business. Obviously, you have to maintain quality, but the quality argument can be a red herring as a way to avoid achieving gender equity. It’s our job to look at the totality of composers out there, overcome historical biases and provide more opportunities for women composers, as well as composers of color. That’s something that happens with intentionality, by us opening up the curatorial decisions to a wider set of people. We have to open up our stages to this multiplicity of points of view. All too often, when we are left to our own devices, we tend to fall back upon historical biases.

That curatorial process also involves access to the baton and the podium.

“Next season we have seven different women conducting the orchestra,” said Smith. “As we put seasons together we want to make sure we’re not missing something important, that we don’t have blinders on. We have to constantly ask questions like: How would an outsider see that? What questions would they ask? Where are the young conductors coming from? How do we get by the sheer business of what we do to take in the health of the entire field? How can we use the amazing platform of the Los Angeles Philharmonic as a place where we can celebrate that diversity.”