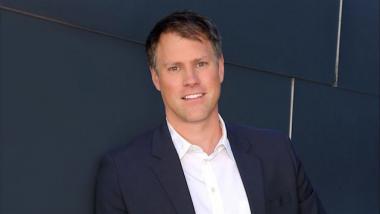 Chad Smith, chief operating officer of the Los Angeles Philharmonic, is a lot like “the man behind the curtain” in The Wizard of Oz. The difference is, Smith really is a wizard. His job includes artistic oversight and coordination of the orchestra’s programming, as well as managing the organization’s productions, orchestra operations, media, educational initiatives, and marketing. In addition, in 2020 Smith will take over as the new artistic director of the Ojai Music Festival, replacing Thomas Morris, who has overseen the festival since 2004.

At the moment, the lion’s share of Smith’s time and attention is devoted to overseeing the celebratory 100th season of the Los Angeles Philharmonic, which begins on Sept. 27. The calendar of performances represents a monumentally scaled succession of concerts and artistic collaborations; 50 commissions of new works; a 7 ½–mile-long free musical street fair climaxing at the Hollywood Bowl; a festival devoted to the irreverent creations of Fluxus, including a staging John Cage’s Europeras 1 & 2 on a Sony Studios sound stage, directed by Yuval Sharon; as well as the return of every LA Phil titled conductor and music director from Zubin Mehta to Gustavo Dudamel (with the exception of Simon Rattle).

Sitting in his small, spartan office (without a window), tucked away just inside the Philharmonic’s reception area, Smith talked at length about the orchestra’s upcoming 100th season as well as the key initiatives, policies, and hiring decisions that have made the LA Phil an international model of success.

A native of Gettysburg, Pennsylvania, Smith, now 46, earned a B.A. in European history from Tufts University, as well as B.M. and M.M. degrees in vocal performance from the New England Conservatory. He first joined the LA Phil in 2002 and was responsible for planning the orchestra’s Green Umbrella new-music series (with composer Steven Stucky), as well as the classical summer programming at the Hollywood Bowl. In 2006, after a brief return to the East Coast as the New York Philharmonic’s head artistic planner, Smith returned to the LA Phil to take on the expanded role of vice-president of artistic planning, a position he held until being named COO in 2015.

Since then, Smith has overseen the creation of international festivals focusing on the contemporary music of Mexico and Iceland; established the marathon “Noon to Midnight” event; and guided the creation of the Youth Orchestra Los Angeles (YOLA). The latter is a prime concern of Gustavo Dudamel; the program provides daily, after-school music training to thousands of children in several of L.A.’s most underserved communities. Plans for YOLA’s first study/performance facility in Inglewood (designed by Frank Gehry) were unveiled in August.

“When I first got here [in 2002], the first job I had was as associate artistic administrator, the number two artistic planner,” Smith recalled. “That was leading up to the time when we were opening Walt Disney Concert Hall, which was the primary focus. I probably had no business doing it,” he adds with a laugh. “But I was programming the Green Umbrella and the classical season at the Bowl. But it was later, when I returned from New York and became the head of programming [in 2006] that things really started to happen.”

Having worked closely with Deborah Borda, Esa-Pekka Salonen, Steven Stucky, and now for almost 10 years with Gustavo Dudamel, Smith brings a unique perspective to his job. He has also formed strong working relationships with John Adams, Peter Sellars, and most recently, Yuval Sharon. He explains the challenges of his job:

When you think about everything we present on our stages — there’s the music, the choosing of soloists and conductors, and working with composers. But that’s only as good as the operation that manifests it. We want to develop a really strong profile that represents more than a series of isolated events that tells a bigger story. We want our concerts, special projects, commissions, festivals, our educational programs, and our relationship with the community to be a seamless hand-in-glove operation. There is a lot of brain power within this organization.

According to Smith the first brainstorming sessions that would define the 2018–2019 centennial season began in 2015.

“As we approached the centennial season, we knew we wanted to tell a story of who we are and what we want to be. The most important thing was making sure that Gustavo [Dudamel] would be available to do all the things he wanted to do. Foremost, he said, was his commitment to YOLA, which led to the expansion we just announced.”

The centennial season, Smith said, was also designed as a homecoming.

We wanted a season that would welcome our past music directors and titled conductors, and we asked them to conduct music that they thought was definitional of their time with the orchestra. Zubin (Mehta) said he wanted to do a Brahms cycle of the symphonies and concertos with Pinchas Zukerman. Esa-Pekka [Salonen] will be doing a four-week Stravinsky project called Myths, Faith and Rituals. Esa-Pekka also wanted to launch a new series based around the music of Weimar in collaboration with the actor, Simon McBurney. That project will start this season and continue. He’ll also be conducting a major premiere composed for him by Louis Andriessen.

The alumni list also includes return engagements for André Previn and Michael Tilson Thomas. “Simon Rattle really wanted to be part of the season,” Smith said, clearly disappointed. “We couldn’t make it fit with his schedule.”

Planning the centennial season, Smith said, was a process of consultation and suggestion that was open to the entire Philharmonic staff. “Anyone could suggest anything, not just related to the department where they worked. That included the administrative staff, the musicians, the members of the board and our community partners. It was a process of ideation we called ‘The Grand Debate.’”

The idea, Smith said, was to open the season in several parts. The Sept. 27 gala, “California Soul,” conducted by Dudamel will focus on California originals John Adams and Frank Zappa, with a nod to Hollywood and a world premiere. The program will feature Adams’s Harmonium:“Wild Nights” and Dharma at Big Sur: Part II, Sri Moonshine with Tracy Silverman on electric violin. Following up on the Phil’s notorious production of 200 Motels, Dudamel will conduct Zappa’s G Spot Tornado. A stone’s throw from where it was filmed, the concert will open with Jerry Goldsmith’s love theme from Chinatown. The world premiere will be Julia Adolph’s Underneath the Sheen, which is an LA Phil commission. The staging will be created by Elkhanah Pulitzer. It will also feature a specially designed exterior light show by media artist Refik Anadol projected on the silver skin of Disney Hall.

On Sept. 30, from 9 a.m. to 4 p.m., the Phil will throw the mother of all block parties. 7½ miles of streets from Disney Hall to the Hollywood Bowl will be closed and feature stages located strategically (for Metro stops) along the route.

“It’s an enormous event,” Smith said, almost rolling his eyes. “It’s all totally free. There will be 2,500 performers, and it will end with Gustavo conducting the Philharmonic at the Hollywood Bowl (at 7 p.m.) with Katy Perry, Herbie Hancock, Kali Uchis, and members of YOLA.

Please note that this is a ticketed event separate from the LA Phil 100 festivities. The online sweepstakes is open now! RSVP to receive updates and reminders. To register: https://www.laphil.com/celebratela/

For an overview of the entire season, visit the LA Phil website.

In part two of this article, Chad Smith discusses the Philharmonic’s commitment to new music and multiple commissions, as well as issues of targeted hiring, community outreach, and gender equity.

The beloved conductor supports young musicians in an initiative modeled on the program that fostered his own musical development.