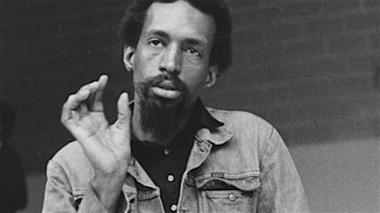 Julius Eastman died destitute in 1990, but his Symphony No. 2 inhabits a world of plenty, writes Corinna da Fonseca-Wollheim in The New York Times.

“He composed this work, which received a belated premiere on Tuesday [11/20] at Alice Tully Hall, as a parting gift to a lover in 1983. By then Eastman had been evicted from his home — his scores stacked on the curb along with the rest of his things — and had become acquainted with New York City’s park benches and shelters. Somehow, he still composed music of cosmic grandeur.

“A familiarity with the biography of Eastman — black, gay, emotionally vulnerable — is not necessary to appreciate his music, which can be ceremonial, cunning, and brash. Still, it was hard not to listen for hints of instability during the exciting performance on Tuesday by the Mannes Orchestra, led by Luciano Chessa, who also edited the score.”

Speaking from New York, Chessa, who is on sabbatical from the San Francisco Conservatory of Music, told SFCV:

When I began the editing process, I could not anticipate the tremendous power of this symphony. The manuscript pages appeared so chaotic! Yet I somehow felt its power underneath the surface.

I also knew that Eastman did not write it in the comfort of his own house, but, having been evicted, composed it at a friend’s place, in a time in which he was couch-surfing and trying to delay the inevitable: permanent homelessness.

How could I not project in this piece the story of many friends in the Bay Area, who have been experiencing a similar destiny: to live in an inhuman house market?

The 1983 symphony carries the title of The Faithful Friend: The Lover Friend’s Love for the Beloved. Chessa’s program notes explain that the poet R. Nemo Hill, to whom the work was dedicated, kept the manuscript in a drawer for several decades; composer Mary Jane Leach eventually included a copy of it in her Eastman website, where Chessa first saw it. Both Hill and Leach have collaborated with Chessa subsequently. And all of this is part of a reconsideration of Eastman, that is coming about as relatives and interested musicians find and edit his scores, some of which are missing because they were thrown out when Eastman was evicted from his apartment.

Editing the work for its performance was a daunting task, taking years, because — like other Eastman compositions — the manuscript bears no time signatures, tempo or metronome markings, no dynamics, and no bar lines, all the parts were intended to be synchronized by a tactus.

Chessa says he is planning to present the work in San Francisco “soon ... reaching out to some of the orchestras.” He is also returning to San Francisco for an all-Eastman program he curated for Old First Concerts on Jan. 13.

Chessa, the Italian-born composer, performer, conductor, and musicologist, who has been active in the Bay Area for well over a decade, speaks emotionally about the Eastman symphony experience, sharing on the podium “joy, ecstasy, sorrow, comfort” with orchestra and audience: “To be on the same page, if for the length of a concert, is one of the reasons why I make music.”

“Recorded Music of the African Diaspora” is the first release of what promises to be a series in a partnership between Albany Records and the Center for Black Music Research at Columbia College Chicago. This series starter can be strongly recommended for the Wilson song cycle.