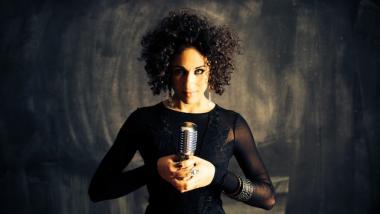 The Presidio is that yesteryear Army base in San Francisco below the Golden Gate Bridge. It was originally the property of Ohlone Indians, then Spain, then the U.S. Army and finally, at the end of the Cold War, the place was recast as a vast public park now managed by the Presidio Trust. The Trust is refurbishing some of the more than 600 buildings, which it then leases, recycling that money back into the park.

The Presidio’s cultural center is in the old Officer’s Club, at the top of the parade grounds, across from the bowling alley. Since the club was made over in 2014, it’s become a striking venue for concerts and lectures.

The new season begins in January, 2017 with the Presidio Dialogues (Thursdays at 6 p.m.) and Presidio Sessions (Fridays at 6 p.m.). Events, all free, include lectures, live performances, film screenings, and panel discussions exploring themes from ancient history to current events. The music is an eclectic mixture of S.F.-based artists.

Brad Rosenstein is the Trust’s program producer: “The range and quality of the ensembles stretch from Celtic to Coltrane, and from the globe-spanning “Nuevo Chamber” music of Musical Art Quintet to the jazz-meets-chamber-rock-funk of David James’s GPS and the invented instruments of the Paul Dresher Ensemble.”

Presidio Sessions, which extends into the spring, is a collaboration of the Trust and the San Francisco Friends of Chamber Music. It was created by the Trust’s Associate Director of Heritage Programs Jeff Weik and SFFCM’s former executive director, Dominique Pelletey.

Also in January, the story of San Francisco's original Anchor Steam Beer — from the Gold Rush to earthquakes to Prohibition and entrepreneurship. Dave Burkhart, Anchor’s Brewery historian and Grammy-nominated trumpeter, recounts the tale of America’s first craft brewery through images and music — and tasting samples. (January 26)

But it’s the season’s first offering, Music in the Borderlands, on January 12, that suggests the real range of this unique program. Lebanese American vocalist, composer, performing artist, Naima Shalhoub shares excerpts of her work and life journey “through the various borderlands of identity, culture, land, and music. With personal stories and experiences working with incarcerated people, doing restorative justice with youth, and other advocacy work, she'll weave together an evening of song and conversation that will engage themes of justice, freedom as a practice, healing, and the power of music and the voice.”