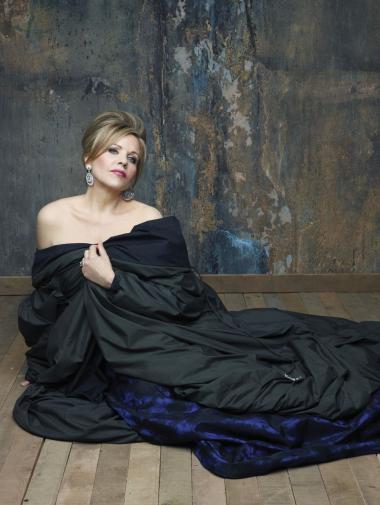 One of the hottest research topics of the last 40 years is how music affects the brain (and vice versa). How do we make sense of music, how does it affect our emotional lives, what parts of musical perception are “natural” and which are cultural? Why is musical ability distributed so broadly among humans (whereas, say, typing skills are not — he said as he pushed the backspace button for, like, the thousandth time this morning). And of course, our innate appreciation of music has led to the burgeoning of the field of music therapy.

America’s favorite diva, Renée Fleming, sidelined by the pandemic like the rest of us, has long been interested in this research and is beginning a new webinar/interview series, Music and Mind Live, which is inspired by work she’s been involved in as an artistic advisor to The Kennedy Center for the Performing Arts. That initiative, Sound Health, brings together artists and scientists and is supported by the National Institutes of Health and the National Endowment for the Arts.

Following the first successful Sound Health events, Fleming created a program that she has now presented more than 40 times on her concert tours around the world, at institutions including the Yale Center Beijing, Stanford University, and the Massachusetts Institute of Technology. Her goal has been to spark continuing dialogue connecting arts institutions and their audiences with local researchers, music therapists, and healthcare providers. Fleming’s work in this field has earned her Research!America’s Isadore Rosenfeld Award for Impact on Public Opinion.

Join Music and Mind Live With Renée Fleming on Facebook or YouTube, beginning Tuesday, May 19 at 5 pm (ET).