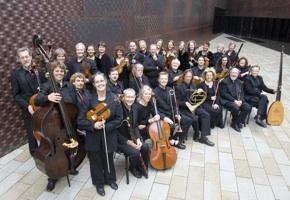 Jonathan Rhodes Lee on January 26, 2010
On Valentine’s Day weekend, Philharmonia Baroque Orchestra will present an all-Brahms program, featuring the Russian virtuoso violinist Viktoria Mullova in the composer’s great D-major violin concerto. The association of this composer with this orchestra might raise some eyebrows: Doesn’t the B in the orchestra’s name stand for Baroque? And there’s nothing Baroque about Brahms at all.

Or is there? In a private correspondence with me, PBO violinist Anthony Martin cited Otto Steinmayer, who called Brahms the “last great Baroque composer.” It’s easy to understand Steinmayer’s quip in light of much of Brahms’ music. Brahms was a master of discrete forms popularized in the 18th century. Not only did he frequently turn to the sonata and rondo schemes of the previous generation (as in the concerto), but he also demonstrated a penchant for contrapuntal textures. He tapped into his German religious heritage and incorporated Lutheran chorales into his Deutsches Requiem, interweaving them in lush, fugal passages that resembled music of 120 years before Brahms’ famous choral work more than they resembled the musical aesthetic of the composer’s contemporaries.

Brahms, in fact, was intrigued by some of the same music that tops PBO’s usual programs. He fervently studied the works of Heinrich Schütz, J.S. Bach, and François Couperin. He conducted works by Schütz in concerts with the Vienna Singakademie and participated in the pioneering printed editions of music by Bach and Couperin. For these interests in music and styles of the past, Brahms has managed to earn himself a position as honorary musicologist.

So, perhaps Brahms is a kindred spirit to us historically minded 21st-century musicians. But what about the bottom line? Does Brahms’ music sound any different performed by a period instrument group than it does performed by, say, the Berlin Philharmonic? Since period bands aspire to what is commonly called “Historically Informed Performance,” are there aspects of Brahmsian era performance style that are markedly different than modern standards?

Historians answer with a resounding affirmative. There’s even a hefty book on the subject from this century, titled Performing Brahms: Early Evidence of Performance Style, edited by Bernard Sherman and Michael Musgrave (2003). This book presents a series of articles that examine, among other things, Brahms’ relationship with tempo markings, contemporary reports of his own piano playing, and the aural evidence that we have in early recordings of him and his contemporaries. Yes, it’s true: We have a recording of Brahms himself playing the piano, though the wax cylinder (see an analysis and transcription) is so degraded and its sound so faint that the information it conveys is scant, and open to differing interpretations. We fare a bit better with the recordings of Brahms’ favorite violinist, Joseph Joachim, of which there are several. They give us a good idea of the performance style of the contemporary string star for whom the concerto was composed.

Joachim’s playing is, indeed, quite different from modern string standards. His use of vibrato is sparse, though effective. His rubato is also quite subtle, keeping a fairly strict beat for long stretches of time. But the points where he does alter the pacing are remarkable: Whenever there is a marked change in dynamic, tempo follows suit. A simple formula only somewhat exaggerates the case: Louder = Faster; Quieter = Slower. Conservatory teachers around the world may shudder at this idea, but it does seem to have been an important part of Joachim’s interpretation of the term rubato. These moments raise the specter of Brahms’ famous remark about the metronome: “I myself have never believed that my blood and a mechanical instrument go well together.”

Another particularly pronounced difference between Joachim’s performance style and modern standards is his use of portamento, the technique of sliding between two notes discussed often in vocal and violin treatises of the 18th and 19th centuries, though not heard often today among classical musicians. The swooping and sliding audible on some of these recordings is a bit off-putting to listeners accustomed to the precision of modern technique. And yet, if the aim is a historically informed rendering of Brahms, then we might expect to hear some inspired use of portamento in Mullova’s concerto interpretation — and lots of it.

Honestly, these aspects of the style are probably not going to be adopted by Mullova and the PBO. We have developed our own performance tradition in the 132 years since Joachim premiered the piece. And this is a good sign, signaling that we are, after all, arbiters of our own tastes, that we do have our own musical culture that is not slavishly imitative, creating plaster casts of museum pieces. Yet, at the same time, it raises questions about the other repertoire that period instrument groups like PBO typically play. Were we to have recordings of Mozart or his contemporaries playing concertos, what aspects of their style would we not adopt? At what point, in other words, does the “historically informed” part of period performance cease to be the most important arbiter of modern taste?

Aside from a more intimate experience, due to the orchestra’s comfortable venues, certain interpretive elements might also come into play. (See “Nic’s Notes” on the PBO Web site, and check its blog for his ongoing thoughts about this project. Part 1 of a multi-installment series had appeared at the time of this writing, here.) Sir John Eliot Gardiner has complained, for instance, about the “Wagnerization” to which Brahms’ music was subjected in the 20th century. He has pointed to slur markings in Brahms’ scores that clearly reflect some conservative trends in phrasing and small-scale articulation, interpretive gestures that can get swamped in an “endless melody” presented by a sonorous modern orchestra. “It is difficult for sighs to penetrate a caramelized legato perpetuo,” he quipped in a 1997 interview. These aspects of the performance style — lighter textures, clear articulations, and fidelity to indications in the score — are surely some of the differences that we can reasonably expect to hear from a band that approaches this repertoire from “the other direction.”