Cheese and opera may seem like strange bedfellows. Leave it to Veronique Kherian to bring together and make sense of this unlikely duo at “Miss Cheesemonger Sings,” an “operatic cheese pairing” recital on February 29 in San Francisco.

“In cheese and in opera, people are always striving for some perfection and it is always out of reach,” said Kherian. “Just like in opera, with cheese, these are both subjects which no human will be able to master completely in a lifetime. We don’t have enough time. There’s so much knowledge.”

Her start in cheese was auspicious. A law-school graduate trying to enter the workforce just after the 2008 recession, legal work was in short supply. She saw an opening as a cheesemonger and applied. The night before starting the job, she created a blog, Miss Cheesemonger, to chronicle what she learned about cheese. But law school had been a detour from a private desire since she was too young to perform. In college she discovered opera, connecting with it during a particularly difficult time after a personal loss. She devoted what time she didn’t spend studying for school immersed in music and later classical voice training.

Kherian, a lyric-mezzo, has sung with The Lamplighters, Cinnabar, West Edge Opera, and soon with Opera Parallèle. Now she works as a photographer focusing on performers, getting her start during a Lamplighters production of Candide. The recital idea originally came from friends and she embraced it as a new way to experience her two great passions.

She debuted her first cheese/opera recital last February to great success, selling out the 50-seat room at Unity Church, San Francisco. Attendees clamored for more at the end of last year’s performance, many among them were the first to buy tickets for this year’s recital, which moved to the 81-seat Noe Valley Ministry.

Kherian teamed up with cheesemonger and owner Ray Bair of Cheese Plus on Russian Hill, and they matched arias with cheese. In their collaboration, the story line drives the pairing, not the provenance — Kherian would describe the context of each aria and as it sparked inspiration with Bair he would leap up to the cheese case and return with a cheese saying “Taste this!”

“When we’re listening to opera we’re looking for a human connection through the human voice and through uniquely human means,” said Kherian. “We’re looking for some connection not only with people around us in the room but with all the people who have experienced this music in the centuries before us — so the same is true with cheese. We can taste a cheese but you can also taste the knowledge of the cheesemaker, the animals which have contributed their milk, the land, the flora, the fauna, the environment in which those milk-giving animals have flourished.”

Consider this pairing from 2019. Kherian performed “Connais-tu le pays” (Do you know the country) from the Ambroise Thomas opera Mignon, in which the title character is forced to join a traveling troupe as a dancing girl. Mignon is rescued by a young man who asks where she’s from, but she can’t recall. Instead she sings the aria and describes a land with blue sky, warm sun, and blooming orange blossoms, little knowing she’s singing about a town in Italy. Kherian paired the aria with an Italian blue cheese called Fior d’Arancio. The color of the cheese hearkened back to blue skies. The cheese is soaked in orange wine for a month and later topped with candied orange peel, which ties into the orange blossoms Mignon remembers. Kherian described the cheese as “bright and fresh, sun-kissed.”

“Because she sings about orange blossoms and these weather conditions, I wanted a cheese that evokes the land,” said Kherian.

As a sneak peek pairing this year, she will sing “Addio Roma” from Claudio Monteverdi’s L’incoronazione di Poppea (The coronation of Poppaea), a goodbye to Rome sung by the exiled Queen Octavia. It will be paired with cacio e pepe, a classic Roman dish featuring Pecorino Romano — both existed during the time period of the events in the aria. All arias will be in Italian, though not all take place in Italy.

At “Miss Cheesemonger Sings,” each guest will receive a personal cheese plate. Eight arias accompany seven cheeses and cacio e pepe. Kherian added an intermission as some attendees last year said they had so much to think about with arias and cheeses they almost didn’t have enough time. Kherian hopes to continue cheese opera recitals, maybe performing them in other cities.

“My goal is to get people to consider both in a new way and not be passive — not be passive listeners or passive eaters,” said Kherian. “I want them to find a new way to relate to something and to engage intellectually and on a sensory level.” 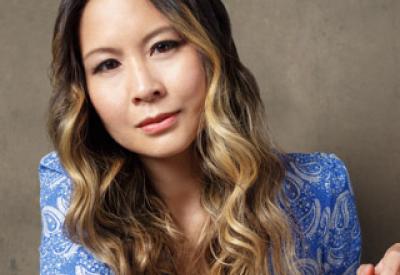