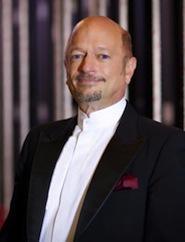 Bach For the Masses

On Sunday afternoon, the American Bach Soloists capped the first weekend of its new Summer Bach Festival, a weeklong menagerie of concerts, public lectures, and master classes, all taking place at the San Francisco Conservatory of Music. The educational setting is reflective of a major facet of the Festival: the ABS Academy, a summer workshop for preprofessional musicians from around the world. It introduces these young musicians to the early-music specialists of the ABS, who perform alongside them in chamber music programs and gala performances, such as Sunday’s, which featured J.S. Bach’s Mass in B Minor.

While this may be a wonderful opportunity for Academy participants to be introduced to the ABS, it may not be the best way for Bay Area audiences to get to know these young performers. For instance, I would love to tell SFCV readers who was responsible for the fabulous oboe d’amore playing, which was musical, in tune, and accurate throughout the entire Mass, but the program failed to specify which Academy members were participating in this large-scale performance.

Even more negligent was the program’s ambiguity with regard to the soloists, all drawn from the Academy ranks, and all new to the Bay Area (or at least new to me). There are two casts of singers for the B Minor Mass, one for Sunday’s performance and a second for the reprise on July 23. The program did not clearly differentiate the casts, and it took a bit of digging — postconcert and with the help of the Internet — to determine who the principal soloists were on Sunday:

More names were listed on the program, and I can only assume that these other singers will be heard next weekend.

These soloists’ unfamiliarity was coupled with a certain inexperience, which at times hindered the performance’s overall effect. These singers are clearly very talented students, but this music, some of it originally intended for the great singers of the Dresden Opera, pushed them to their limits.

Several newcomers stood out. Brennan Hall, a countertenor from the University of Indiana, possesses a remarkably rich voice throughout his range. He handled the difficult alto aria in the Agnus dei movement of the Mass with great control, employing messa di voce with an effectiveness that sent shivers down my spine. Moreover, throughout his performances, he showed admirable musical intelligence. John Lee Keenan, a tenor from Southern California, also proved himself ready for prime time, with a clear, sweet, high voice; he is ready to emerge as an in-demand oratorio singer.

If the lack of experience of some of the soloists showed around the seams, the opposite was true for conductor and ABS Artistic Director Jeffrey Thomas and his ensemble. Thomas’ rendition was carefully handled from start to finish. He clearly relished the crisp acoustics of the Conservatory’s main concert hall, which allowed him to coax a crystalline sound from his choristers. Bach’s head-spinning contrapuntal structures were satisfyingly followable in this performance, and, though the stage itself was a bit small for the eight-part double chorus that Bach demands for the Osanna movements, Thomas intelligently moved his singers into various configurations during the course of the performance to make the most of the available space.

To perform the Mass in B Minor is a major undertaking for any organization. ABS managed it with the relish and finesse that Bay Area audiences have come to anticipate from this organization. The young soloists on Sunday’s program were fortunate to have the opportunity to work with a period ensemble and director of such expertise and musical acumen, and it will be interesting to see which of them return in the future to rejoin the group during its principal season.