A Dive Into George Lewis’s Pioneering Experiment With Artificial Intelligence 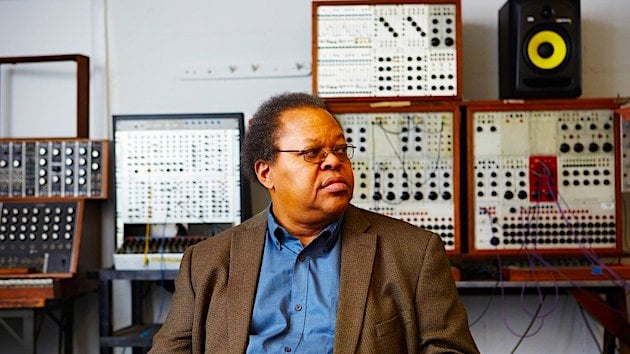 A fascinating slice of electro-acoustic music history has just come out on the Carrier label. This 1984 concert performance of Rainbow Family by George Lewis — composer, master jazz trombonist, Association for the Advancement of Creative Musicians member, computer music explorer — takes us back to an early stage of artificial intelligence (AI) when desktop computers (then known as microcomputers) were starting to interact with live musicians.

After two years of research and experimentation at IRCAM — Pierre Boulez’s new music laboratory underneath the Pompidou Centre in Paris — Lewis put together what he believes was IRCAM’s first commission for microcomputers and musicians improvising together. In his long booklet note, Lewis writes that he did all of the computer programming and “hardware hacking” himself, using the computer language Forth that he learned from his mentor, composer/record producer David Behrman. 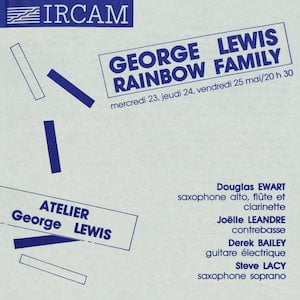 The first popular digital synthesizer, the Yamaha DX7, had just been introduced the year before — and there are three of them here, driven by three Apple II computers via the newly established MIDI standard for connections. These computers and synthesizers — once considered state-of-the-art keys to music’s future, yet not fated to be a part of it for long — face off with four players, including a major jazz figure, soprano saxophonist Steve Lacy, plus Derek Bailey on electric guitar, Joëlle Leandre on acoustic bass, and Douglas Ewart on bass clarinet and flutes.

After Lewis gives a spoken introduction in French and we hear the clicking of the keys of the computers, the hour-long piece starts with a digital rainbow of spangled, chromium-plated timbres typical of the DX7 that engage in a tumbling dialogue with Leandre — a promising start with a humorous ending. For me, this first section is the most interesting of a series of four fragmented, always atonal episodes for each instrument and another with Ewart and Bailey, an abstract amalgam of electronic music with the timbres and improvisatory streams-of-consciousness of free jazz. AACM meets the European avant-garde, in short.

The last movement is the longest, taking up about a third of the piece, with all four human musicians now involved. The textures are usually thicker, the direction meanders, and the music sometimes starts to sound a bit like Boulez’s later scores, though with much more active electronic participation (no wonder, since the music was conceived and performed in a time and place where the Boulez presence must have been overwhelming). 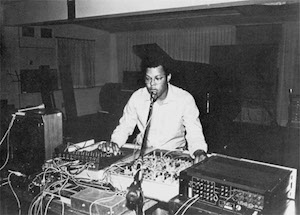 Ultimately, let me be rash enough to declare the computers and synthesizers the winners in this AI encounter — which is either a tribute to Lewis’s programming skills or simply that I respond more to the colors that the electronics produce than most of the salvos by the live musicians.

Experiments like this would be developed further by Lewis in the following decades. As recently as at the 2017 Ojai Festival, you could hear Lewis interacting on trombone and laptop with fellow AACM veterans — saxophonist Roscoe Mitchell and pianist Muhal Richard Abrams (who passed away four months later) — in an out-on-the-edge group improvisation not dissimilar to this one at IRCAM 33 years before. Devotees of the jazz and electronic avant garde then and now will be transfixed by this dive into the digital era’s Bronze Age.

Century-Old Theremin Is Celebrated as Bedrock of Electronic Innovation

The universal sound of suspense was an accidental discovery in an engineering lab. A hundred years later, musicians are still finding new applications for it.

Prokofiev delights in blurring boundaries in his quest to bring classical music into the 21st century.