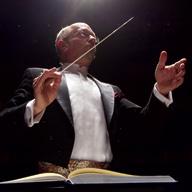 With deepest thanks to John Crowe for supporting the finest arts journalism on the web!There is something collegial about the idea of a “concerto for multiple instruments” — that is, a concerto for multiple soloists and orchestra. The American Bach Soloists recently presented an entire concert of such works in a program titled “Double Concertos,” featuring works by J.S. Bach. I heard them Friday in Belvedere’s St. Stephen’s Church, and the experience was one of infectious, welcoming camaraderie, perfectly suited to the connotations of the featured genre.

Bach’s own experience with the concerto in general was one in which collegiality reigned supreme. It’s easy to forget that the three-movement Italian genre was once a pretty newfangled thing, as it was to Bach in the second decade of the 18th century. It was during this period that Prince Johann Ernst of Weimar, the son of one of Bach’s employers and himself an accomplished musician, came home from college, bringing with him a treasure trove of Italian music. When Johann Ernst and all this music arrived back in Weimar, Bach was the organist there (and soon afterward the concertmaster), and he therefore suddenly had access to some of the greatest Italian concertos of the period. He immediately began copying and arranging for keyboard concertos by Albinoni, Torelli, Telemann, Marcello, the young Prince Johann Ernst, and, of course, Vivaldi. Bach had discovered a new way to organize instrumental music, and he fervently made use of the genre (and the ritornello form) for the rest of his career.

For a composer so fond of contrapuntal display, it’s scarcely surprising that Bach also enthusiastically produced concertos for multiple instruments, including one of the more celebrated collections of concertos of all time: his Concerts avec plusieurs Instruments, which we now familiarly refer to as the “Brandenburg” Concertos. He also produced plenty of concertos for two, three, and even four solo instruments.

ABS gave us a chance to enjoy a large helping of this repertoire. The programming was one of those ideas that’s staggeringly brilliant in its simplicity. By sticking to a single genre and a single composer for the evening, ABS invited listeners to appreciate the variety within this supposedly formulaic genre. For those who know anything about music of the early 18th century, few jokes are more irritating than the old one about Vivaldi writing the same concerto 500 times.

Introduce Elizabeth Blumenstock into this mix and the results are almost certainly going to be electric.

Vivaldi, in fact, employed a staggering variety in his concerto output, and Bach seems to have understood this flexibility. The opening movements of Bach’s concertos on Friday’s program alone were remarkably varied: fugal treatment, overture-style writing, and various approaches to the ritornello principle. For a concert with “only” one genre, this one was about as varied as it gets.

Of course, a “concert of concertos” was helped by the fact that ABS boasts some of the greatest period-instrument players in the world, and several of them had a moment in the proverbial spotlight. The concert opened with Bach’s Concerto for Two Violins in D Minor (BWV 1043), played by Katherine Kyme and guest artist Andrew Fouts. The violinists played with apparent ease; they smiled and gestured to one another while tossing imitative lines back and forth in a way that was refreshingly comfortable and conversational — a testament to just how at home with this music these soloists felt. If ease and comfort can sometimes shade into boring complacence, then Music Director Jeffrey Thomas’s programming ensured that such would not be the impression. Introduce Elizabeth Blumenstock into this mix (or, indeed, into any mix) and the results are almost certainly going to be electric. That was precisely the effect when she joined the other two violin soloists for the Concerto for Three Violins in D (BWV 1064r). These are three very different violinists, and they made no attempt to reconcile their approaches to their parts. On the one end was Blumenstock, full of fiery showmanship, and on the other was Kyme, a bit sober, reserved. In the middle was Fouts, who came across like a mischievous younger colleague, cleverly contradicting whichever articulation scheme had come immediately before. The results were irresistible.

The highlight of the program for me was the Concerto for Oboe and Violin in C Minor (BWV 1060). This is a work I’ve performed in its presumably later, transcribed form for two harpsichords and orchestra. Scholars have sometimes asserted that this concerto was probably composed for two treble instruments, and oboe and violin make the most logical distribution of the parts. Blumenstock took the violin line while John Abberger played oboe. To watch the latter play was an object lesson in good musicianship; he was never a slave to the music stand (in terms of notes or performance approach), but merely another ABS performer wholly in command of style and substance.

This moment brought the concert to a close with the important reminder that the composer was the greatest virtuoso among this admirable group of colleagues.

Perhaps I would have felt somewhat grumpy about having a harpsichord concerto wrested away from the keyboard, had the concert not also featured Corey Jamason, ABS’ regular keyboardist, along with guest artist Leon Schelhase, a recent recipient of ABS’ Goldberg Prize for young musicians, in the Concerto for Two Harpsichords in C (BWV 1061). This performance sounded a little shaky out of the gate, with both soloists plunging headlong into fast tempos in music that can easily sound frantic and unstable. But after a while, it was easy enough to compare these performers’ playing — favorably — with Bach’s earliest biographer’s description of the composer’s own performance style: “In the execution of his own pieces he generally took the time very brisk, but contrived … to introduce so much variety in his performance that under his hand every piece was, as it were, like a discourse.”

For such a varied concert featuring so many of the ensemble’s members as soloists, there was perhaps no more fitting choice to end the program than Bach’s third “Brandenburg” Concerto, a piece for nine solo string instruments and continuo. Both the harpsichords and a violone were kept onstage for this grand finale, and I surely wasn’t the only one in the room grinning ear to ear when Kyme’s first viola part sounded out its explosive little solo in the third movement. The viola was Bach’s favorite instrument to play in concerted music, after all, and this moment brought the concert to a close with the important reminder that the composer was the greatest virtuoso among this admirable group of colleagues.