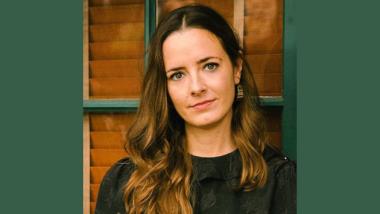 If you’ve watched a person wake up from a vivid yet fitful dream full of wild colors, movements, sounds, and sensations, reading Ellen O’Connell Whittet’s What You Become in Flight (Melville House) provides a similar experience. Rolling over, stretching limbs with accompanying crackles, pops, grimaces, and heavy sighs, eyes slitted before popping fully open, low moans or even howls of pain or rage erupting as physical or mental injuries “wake up” and awareness of just how hard it is to stand vertical sets in — the former classical ballet dancer traces a similar trajectory, emerging through the 240-page memoir’s 17 chapters as a mature woman and powerful writer. 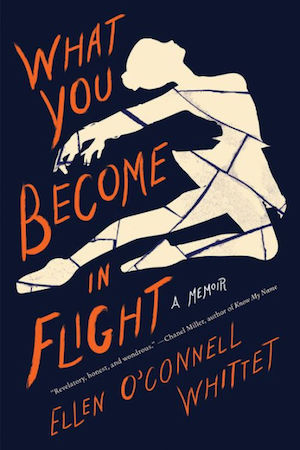 Along the way, we learn — if we do not anticipate it by having had parallel experiences as a professional dancer — of Whittet’s injuries, eating disorder, warped friendships that are half-adoration, half-toxic competition, and a dysmorphic attachment to self. The most nightmarish chapters relay her story of a date rape, her intense ophidiophobia (fear of snakes), and her experience being stalked by a suspected sexual predator.

Remarkably, the book’s overall impression and value are not found in the debut author’s somewhat melodramatic tales and tragedies, but in stories of profound love for dance and a growing respect for self and awareness of other people. This is a young girl’s gradual awakening and a woman’s journey to transcendence, or at the very least, improved perspective.

Whittet writes in an empowered voice, if somewhat obliquely. Which means this is not an easy-follow, linear Hollywood narrative, or a fairy tale told with plodding romantic fatalism found in famous ballets like Sleeping Beauty or The Nutcracker. Whittet’s escape from and eventual shedding of ballet’s chrysalis is hard-earned. Her storybook marriage evolves achingly, slowly  and includes ongoing trust issues and sustained patience. A commitment to writing comes after years of reading, earning an MFA, cross-country moves, and periods marked by solitude, loneliness, and the loss of family members.

Taking control of her body after years of silencing, sacrificing, and shaming it as a ballet dancer also leaves Whittet to assume responsibility for inherited genes indicative of higher rates of developing the breast cancer her aunt and mother experienced. Readers expecting an entire memoir about balancing en pointe and perfecting pirouettes might be disappointed, but people seeking lessons in shifting patterns — aren’t we all having to do that, in these times especially — will draw inspiration from Whittet’s model. Learned and practiced acceptance, forgiveness, self-care, and compassion for others: These are the best steps after dance’s pas de chat and failli are long gone.

The effervescent Israeli pianist shares insights into his long career in this intimate memoir.

The first American to join the Bolshoi Ballet relates the story of his rise, fall, and hard-won comeback.

An Uncaged Biography of John Cage

Here is a readable, restless, illuminating study of John Cage, a musician who influenced how all of us think about music.