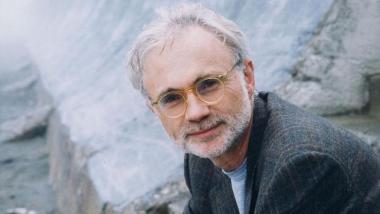 The Los Angeles Philharmonic’s “Green Umbrella” concert on Feb. 20 was not called “Fire and Ice.” But it could have been. The four pieces on the program curated and conducted by John Adams were a generation apart in years and a world apart in temperament.

The compositions of the first half: Aura by Icelandic composer Anna Thorvaldsdottir (a last-minute substitution for Katherine Young’s For Daphne and Delia) and the world premiere of Shasta (an LA Phil commission) by Andrew McIntosh, were both abstract, atmospheric, and as cool as ice. Their musical structures explore elemental aspects of the natural environment, whether it’s the glistening of the Northern Lights, or the vast expanse of snow and sky that define California’s Mount Shasta. They also celebrate isolation as a pathway to a larger reality.

Not so the second half of the program. Julius Eastman’s Evil Nigger (1976), and Salvatore Martirano’s L’s G.A. for Gas Masked Politico, Helium Bomb, and Two-Channel Tape (from 1967–68) were rooted in the conflicts of the moment, designed to push boundaries and be as challenging to the status quo as Jimi Hendrix’s rendition of The Star Spangled Banner at Woodstock.

Martirano’s L’s G.A. features a single performer (called the Politico), who offers a fractured recitation of Lincoln’s Gettysburg Address while wearing a gas mask. The electronic score is paired with an abstract video that is as assaultive and in-your-face as a piece of anti-Vietnam War agitprop theater. Adams described the two works as a personal trip “through my back pages.”

As the lights of Disney Hall dimmed, the members of the Los Angeles Percussion Quartet came on stage to perform Aura. The only illumination came from bright green LED lights they wore on their fingers.

A bowed vibraphone began the piece creating musical lines that glistened like ice particles. These high pitches were then accented by soft, tectonic rumbling created by the performer’s fingers being drawn across the skin of a bass drum. Softer tones emerged created by mallets striking metal tubes, scraped cowbells, and drumsticks drawn across a gong.

The combination of the hall’s darkness, the dancing green lights, and the textures of the music was as beautiful and mysterious as the northern lights. I would have been quite happy if it had gone on longer than it did.

Composed in five sections, Shasta (for brass ensemble, percussion, and piano) explored a similar musical landscape. The piece, McIntosh says, “Is not a programmatic work, but rather a reflection of images etched in my memory after the experience of climbing the mountain and experiencing its form.”

The movements relate in much the same way Monet’s multiple depictions of haystacks do. The overall impression remains singular as the aspects of light and shade change, but each section also maintains its own identity.

The horns, trumpets, trombones, and tuba establish a sense of solidity that then melts in a slow blur of microtonal descent. In the following section, descent gives way to ascending figures — solidity balanced against vast openness as geologic time shapes the landscape.

Evil Nigger was composed by Eastman as part of triptych that included Crazy Nigger and Gay Guerilla, all for four pianos. The style could be called “angry minimalism.” The work incorporates traditional pulse tones, but there is also an element of controlled improvisation that at times verges on anarchy.

Eastman, who died homeless and forgotten in 1990, created scores that contain hardly any notations as to how the parts are to be performed. During rehearsals, Adams said, there were “heated arguments” among the players (Dynasty Battles, Michelle Cann, Joanne Pearce Martin, and Vicki Ray) as to who would do what and when. Whatever they were, the issues were clearly resolved because the performance was a powerhouse of pianistic intensity.

The structure of the piece is based on a descending minor third, repeated attacks of a single note, and a wisp of a melody that becomes the beginning of each section. As propulsive as an infernal machine, the piece is driven by a relentless energy, until the final section where frenzy gives way to a sense of peaceful resignation. Composed at roughly the same time as Adams’s Shaker Loops, the two pieces feel like a yin and yang of that musical moment.

Back in those heady days, I was involved with antiwar agitprop theater and the early days of video exploration at KQED. Like Adams, L’s G.A. felt like a nostalgic reunion. Performed by Ron Athey, as the Politico, Martirano’s scattergun assault on Lincoln’s most famous speech, filtered through a gas mask, was at once naïve and powerfully profound. As he lurched about the stage, the electronic score rumbled and screeched as the video vacillated between abstract forms, images of wide-eyed corpses, and dropping bombs. In its original version, the performer was directed to inhale a mixture of helium and nitrous oxide to alter the pitch and intensity of his voice (you gotta miss the ’60s). Here electronic manipulation accomplished the same effect.

What did this program say about these two generations that seem so far apart? Does an interest in creating music of the spheres represent a form of musical/intellectual escapism? Or is it an attempt to explore “reality” on a higher, more metaphysical level? Those of us who lived through the ’60s (and remember them), know what a tumultuous time it was and how it influenced our current political era. But part of what came out of those times was a backlash against the radicalism and militancy that were so visible in the moment.

Martirano, by the way, was unlike Eastman in that his agitprop piece did not define his legacy. A product of Oberlin College and the Eastman School of Music, he taught for many years at the University of Illinois, Urbana, and composed a wide variety of music. There’s a composition award at U.I. with his name on it. He was a solid, if innovative member of the establishment in a way that Julius Eastman could never have been, even after the revolution. Eastman’s legacy revived, slowly, however, and G. Schirmer has just recently announced that it will publish as many of his scores as can be found or reconstructed. When we discover more of Eastman’s music, we may be surprised again.