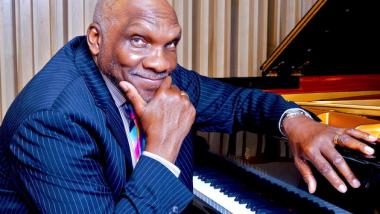 Discovering something new about an 82-year-old musician can be an exhilarating experience. Pianist Harold Mabern isn’t exactly a stranger in the Bay Area, but his four-night run at the Black Cat last week, May 9–12, was his first date under his own name here in many decades, perhaps ever. Liberated from the responsibilities of backing another musician, a role that he treasures, Mabern played with the kind of ferocity and seat-of-the-pants imagination that turns a gig into a rollercoaster thrill ride.

I caught the first two of three sets Saturday by Mabern leading his own trio with the consummate New York drummer Joe Farnsworth (“I don’t leave home without him,” Mabes said) and Bay Area bassist Eric Markowitz filling in for Michael Zisman, who took over after the early show. If the audience didn’t already know they were in for a night with a true jazz original who wears his heart on his sleeve, Mabern didn’t take long to reveal himself.

He opened the evening by announcing Sigmund Romberg’s “Softly as in a Morning Sunrise.” A few bars into the melancholy tune he started quoting Michel Legrand’s “The Windmills of Your Mind,” which leads me to something you should know about Mabern. He’s one of jazz’s more prolific, witty, and surreal interpolators who loves to drop a line or two from one tune while soloing on another piece.

But he wasn’t soloing yet on “Softly.” He was just a few seconds into the theme, and he didn’t just quote a line or two from “Windmills.” He played more than a minute of the famously baroque melody, followed by an excursion into Bobby Timmons’s jazz hit “Dat Dere.” At that point, Mabern abruptly stopped playing and picked up the mic to pay tribute to his peerless piano peers, mentioning Wynton Kelly, Sonny Clark, Red Garland, Cedar Walton, Tommy Flanagan, Hank Jones, and Timmons before returning to “Softly” for a ravishing version rendered in ringing block chords.

He didn’t exactly spell it out, but Mabern’s tribute to his departed keyboard brethren highlighted his status as the last of a legendary breed of pianists who came of age in the 1950s and earned vaunted reputations for their prowess as accompanists. On his rare visits to the West Coast in recent years he’s been backing tenor saxophonist Eric Alexander, a protégé-turned-worthy-employer. Leading his own combo, Mabern was a marvel, his left hand a propulsive force that could light up a small city.

Despite becoming one of the Bay Area’s premiere showcases for top-shelf Bay Area artists and game-changing young players from out of town, the Black Cat can be a challenging environment for a music fan, with audiences more interested in socializing than listening. But the club did right by Mabern. The emcee gave him a grand introduction, asking people to conduct conversations in hushed tones, and dropped some Tenderloin knowledge by mentioning the pianist’s six-week 1963 run with Miles Davis at the Blackhawk, the legendary jazz club at the corner of Turk and Hyde some two blocks away. 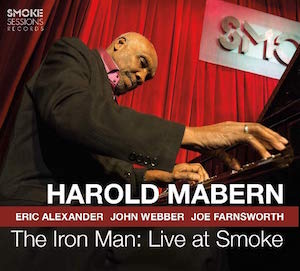 While Mabern has recorded more than two dozen albums under his own name, most recently 2018’s fantastic two-disc quartet project The Iron Man: Live at Smoke (Smoke Sessions Records), he’s never stopped taking sideman gigs. Part of a brilliant cadre of jazz musicians who came into their own in Memphis after World War II, he grew up with saxophonists George Coleman and Frank Strozier and the influential but short-lived trumpeter Booker Little.

After several years in Chicago with the popular MJT+3, Mabes broke into the New York scene replacing Tommy Flanagan in the fall of 1959 when trumpet great Harry “Sweets” Edison hired him. He hasn’t wanted for work ever since, touring and recording with a who’s who of blues-drenched hard-bop and post-bop, most importantly with his Memphis compatriot George Coleman and trumpeter Lee Morgan.

Known for his vast repertoire, Mabern didn’t stray far off the beaten path on Saturday. He played a brisker than usual version of Thad Jones’s exquisite ballad “A Child Is Born” and an extended medley within a medley that hopped from “Mexican Hat Dance” to an unseasonal “Santa Claus Is Coming to Town,” dropped in a long quote from Clifford Brown’s “Joy Spring,” and then settled into José Feliciano’s arrangement of “Feliz Navidad.” Well, with Mabes in town it did feel like Christmas came early.

Generous with his sidemen, Mabern gave Farnsworth and Zisman several extended solos. The drummer brought the audience to a roar displaying his textural mastery with sticks, brushes, and mallets, while the bassist hushed the room with a quietly lyrical solo.

He closed the first and second sets with a rollicking blues/gospel piece that turned into Steely Dan’s breakthrough 1972 hit “Do It Again,” (a song he also references on the first track of The Iron Man, though in the midst of a very different tune, his original “Nightlife in Tokyo”). If you’re going to repeat a tune, a song about returning to the scene of the crime makes sense.

The question is when the pianist will be back again. The Black Cat announced this engagement just a few weeks ago. Mabes deserves some serious advance attention if he heads this way again.

The Legacy of Dr. Legato

The portrait of a veteran saxophonist, still at large.

The influential jazz pianist inspires with his adventurous, playful spirit at the California Jazz Conservatory.