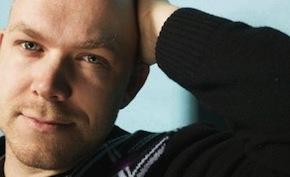 Whenever I attend the annual Other Minds Festival (this year is its 17th), I expect to hear something I’ve never heard before. I know this seems slightly obvious, as it’s a new music festival, but honestly the results are always a little surprising. I am, to a certain extent, indoctrinated in new music, I follow it, I know it at least passably. I track the work of composers and ensembles as other people track sports teams, and, as a result, surprise is not common.

Other Minds is almost always the exception, so much so that I have (ironically) come to expect something bizarre of it, something new, something I’ve never heard before. And if I don’t care for some of it? Well, that’s just part of the journey of discovery.

Other Minds 17 has so far introduced me to two composers I’ve never heard of: Øyvind Torvund and Simon Steen-Andersen. All pieces were played by the Norwegian group Asamisimasa. The group, in addition to having the greatest name ever (I’m partial to palindromes), was amazing. They brought a life and energy to music that is not always easy to play with such verve.

The first piece, by Torvund, called Neon Forest Space, explored sonic color. Scored for cello, clarinet, electric guitar, percussion, and electronics, it more or less had one line that the composer constantly colored in interesting and new ways. The cello flew into the sound world of ponticello (playing close to the instrument’s bridge), and paired itself with the percussionist ejecting compressed air from a can and the electric guitarist creating an electronic buzz. It reminded me, in texture, of William Walton’s Second Symphony, the first movement, which creates a full sound world out of a single melodic line. The textures were constantly evolving, and showed incredibly rich variety and innovation.

By contrast, the second piece, Willibald Motor Landscape (also by Torvund), seemed interminable. It was similar to the first in conceit, exploring interesting textures and sound worlds, as well as fascinating modes of sound production. Yet this one lacked the melodic framework that had held my interest in the first piece. It contained too many pauses and presented too little material to hold my attention. While I felt that some of the textures were beautiful, it didn’t create sufficient musical expectations for me to feel satisfied at the end.

The second half of the concert was not without incident. Cellist Tanja Orning performed in stellar fashion in Simon Steen-Andersen’s Study for String Instrument #2, for cello and “whammy pedal,” that oscillated between high and low sounds with the cello and whammy pedal frequently moving rapidly in opposite directions, covering a huge range. The piece truly showed joy at the sheer fun of sound creation. At every second of the piece I felt that the composer was finding new ways to mix the two instruments and coax as many sounds as possible out of them. It was truly engaging.

Following this piece, the stage was blacked out, and as Orning was crossing the stage to get ready for her next entrance, she tripped and fell into the handicapped elevator that substitutes for stairs at the end of the stage. The cello apparently braced her fall and received a couple of dings (it’s insured). The concert was halted till it was determined that she was fine, save for a bruise on her left bicep. A woman in the audience volunteered to go pick up a replacement cello from her house so that the concert could continue.

This was the first time the group had performed both these composers. Their works called for massive amounts of setup, so the stage in the JCC’s Kanbar Hall was completely full of equipment (cameras, wires, amplification, monitors, percussion instruments, megaphones, people). The folks of the Other Minds Festival, particularly Adam Fong and Charles Amirkhanian, took good care of of the musicians, conveying Tanja Orning to Kaiser Medical Center after the show. (Thankfully, the X-rays were negative.)

The rest of the concert, after the break to get another cello, continued without a hitch. Steen-Andersen’s next two pieces didn’t grab me, though they both showed a similar attraction to exploration and creation of sounds in a fascinating manner, with an almost childlike wonder at what one could do with three megaphones, and employing a system of ropes that enabled the percussionist to play four instruments at once.

The final piece on the concert, Steen-Andersen’s Study for String Instrument #3, was my favorite. It too is for cello, this time a duo with a video of the performer. The video, interestingly, was projected at exactly the same size as her, and directly on top of her, creating three slightly out-of-sync images (her, the video of her, and her shadow) playing similar music. In an even cooler effect, in the middle of the piece she began to pick her cello up and shift it to other positions (across her lap to the left or right, or upside down and balanced on its head). The shadow and video did the same motions, sometimes in reverse, creating an image that looked like fluttering wings. The effect was quite beautiful, both musically and visually.