Jazz guitarist and composer Pat Metheny has had a spectacular and varied career. Over four decades, the National Endowment for the Arts Jazz Master has won 20 Grammy awards in 10 different categories for his recordings, performances, and compositions in jazz, samba, progressive rock, and free styles.

Metheny speaks beautifully about jazz when he says, “it’s essential to hear people create their own music ... What we value about Miles Davis’s Kind of Blue and John Coltrane’s A Love Supreme is that they speak so vitally about their time.” In his new BMG Modern Recordings album, Road to the Sun, he skillfully brings his own distinctive musical vision to a new genre with two wonderful classical compositions for guitar, Four Paths of Light, written for Jason Vieaux, and Road to the Sun, written for the Los Angeles Guitar Quartet. 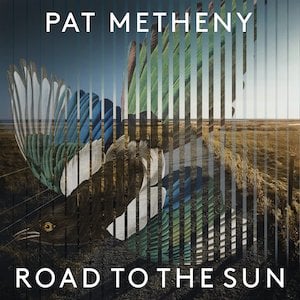 Like the San Francisco Symphony’s Collaborative Partner Bryce Dessner, Pat Metheny made his reputation in the popular music world but also maintains deep interest in the type of expression that is available in classical music, and he has created compelling classical works. Metheny says, “Originally, I came to composing as a way of expanding my reach as an improviser. Improvising and composing are related activities that happen at wildly different temperatures. But at the same time, ideally the kinds of things that I love as a listener and a music lover are what I aspire to represent, regardless of how they come to be.”

Four Paths of Light for solo classical guitar is a 20-minute, four-movement suite which takes full advantage of Jason Vieaux’s virtuosity and interpretive skills. The first movement is aggressive and dissonant, influenced by Metheny’s love of the heavy metal band Pantera and reminiscent of his collaboration with John Zorn. The entire suite is tightly constructed with the motives and harmonies of the first movement used throughout although in very different styles.

The second movement is a gentle ballad cast in the traditional Brazilian choro rhythm. The third movement is the climax of the suite, a perpetual motion, with a brief lyrical interlude. The fourth movement is a bleak epilogue that reprises the melody from the second movement in a new light. It features a starkly hypnotic continuous tremolo, not in the style of classical warhorses like [Francisco] Tárrega’s Recuerdos de la Alhambra but rather like that used by Benjamin Britten in his Nocturnal after John Dowland and reminiscent of the conclusion of The Way Up, Metheny’s 2005 album.

Four Paths of Light is a stunning work, as Jason Vieaux has said, “Whenever an artist of Pat’s significance writes not only a substantial work, but a piece that requires real virtuosity to perform it (and has his musical imprint all over it), it’s a big moment for classical guitar.”

Road to the Sun for guitar quartet is a 30-minute, six-movement suite that takes listeners on an amazing journey and features a mixture of folk, country, jazz, avant-garde, and Latin styles reminiscent of Metheny’s classic work on albums like New Chautauqua, Still Life (Talking), and Beyond The Missouri Sky. After a few mysterious, atmospheric opening measures, the first movement expresses a quiet yearning, the second is wistfully hopeful, the third presents an introspective jazz blues, the fourth a forward-looking casual groove which ends with a post-apocalyptic section reminiscent of Krzysztof Penderecki’s Threnody to the Victims of Hiroshima. The fifth has the most open and hopeful music of the suite, and features a cameo of Metheny playing with the quartet in the climactic strumming section, while the sixth returns to the quiet yearning of the opening.

Road to the Sun is one of the most important new works in the guitar quartet repertoire. Its sheer dimensions are impressive, with an almost symphonic use of color, mood, contrast, and thematic unity. But it also captures a very personal emotional expression from Pat, running the gamut from haunting atmospheric harmonies to luscious melodies. The formal architecture and intricate melodic development give it the structural integrity of serious classical composition, almost a modern equivalent of a Strauss tone-poem. But the language is vintage Pat Metheny. It’s one of the most ambitious and powerful pieces that we’ve ever played in our 40 years together.”

Metheny says his attraction to expansive works stems “from a rejection of all the scaling back in our culture, where so much is reduced to sound bites and nuance goes out the window.” Like Aaron Copland before him, Metheny has written archetypal music, expressive and contemplative statements influenced by folk and popular music and evocative of Midwestern landscapes, that many hear as expressing the heart of what it feels like to love America. These are important works for the classical guitar.

The album concludes with Metheny himself playing Arvo Pärt’s exquisite minimalist miniature, Für Alina on a 42-string Pikasso guitar created by luthier Linda Manzer. Pärt asks for the work to be played peacefully, in an elevated and introspective manner. Physicist Carlo Rovelli, who has spoken of his interest in the piece, says time appears to have stopped when it is performed. Pat Metheny’s exquisite performance provides a transcendent conclusion to a brilliant recording.

The groundbreaking guitarist talks about his musical odyssey and upcoming gig at the Fox Oakland.

The guitarist’s mastery spanned works from different centuries and continents.