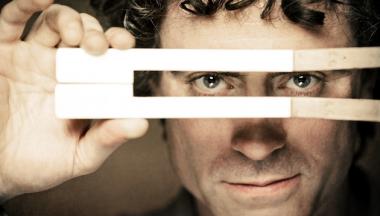 Refinement Trumps Drama With Paul Lewis and the S.F. Symphony

Despite some forte emphasis in the opening Allegro con brio, Lewis played his solo part in the concerto in a soft and caressing style. Not only was the central Largo pillowy-smooth, so was the final Rondo. It was just played faster. The occasional bass thumps and dramatic flashing that Beethoven calls for in the Rondo were comprehensively underplayed. Lewis particularly cultivated a flowing murmur in passages of light filigree against melodies in the orchestra, which he allowed to take the lead. The sheer beauty of restrained courtesy was the marker of his playing. It did not prevent him, however, from showing a remarkable spectrum of tone color, most effectively in a passage of a melody played in thirds, with upper and lower voices showing distinct character.

Harding succeeded at taking this series of varied episodes depicting scenes from a day’s Alpine hiking and shaping it into a coherent whole. There were no abrupt mood switches here as the music ran from section to section, just a large flowing entity.Harding led the orchestra in a somewhat bolder but compatible manner. He directed the players in a greater contrast between loud and soft than Lewis displayed, especially in the Allegro con brio, often creating an effect of natively brash music that’s trying to be light and gallant. It made the concerto into a gentle giant, reminding me of Michael Tilson Thomas’s vivid approach to the contemporaneous Symphony No. 2.

Richard Strauss’s An Alpine Symphony is a highly exposing work for conductor and orchestra alike. Upon completing it in 1915, Strauss — with 30 years of brilliant experience behind him already — remarked, “At last I have learned how to orchestrate.” He did so not just colorfully but audaciously. Harding succeeded at taking this series of varied episodes depicting scenes from a day’s Alpine hiking and shaping it into a coherent whole. There were no abrupt mood switches here as the music ran from section to section, just a large flowing entity.

Harding’s reading emphasized the grand over the dramatic and was more contemplative than Herbert Blomstedt’s urgent 1988 S.F. Symphony recording. Even in the epic storm scene, the broad striding theme received emphasis over the surging downpour. The infamous wind machine did not dominate the proceedings here, nor did the cowbells in the earlier cow-pasture scene. The timpani, though, were always conspicuously to the fore.

The numerous exposed solos for almost every instrument in the orchestra require all the players to be at the top of their game. A single flub could ruin a huge patch of music. The orchestra did well here on a technical level, some difficulty coordinating simultaneous entrances being the only conspicuous problem. The playing style was mostly as cool and reserved as the huge grandeur of the music permitted. In various places, Strauss directs large downward jumps in the string parts to be played glissando, as an exaggeration of the portamento practice still common in string playing when the work was composed. These moments, not often emphasized, were invariably hidden or swallowed in this performance. Though much of the work’s melodic character displays a leaping style that Strauss shares with Mahler, the music often gave off more of the measured and balanced effect of Bruckner.

The only flaw in the portrait was a shrillness from the brass in loud passages. This was highly un-Brucknerian and pushed against the grandeur. The more general faults in character this could have led to would have been panic or whining, easy pitfalls in this score, but Harding neatly avoided such emotions. The overall effect, in both works, was of a concert that charmed its listeners with refined civilization, eschewing the temptation to dazzle them with spectacle.

A Masterwork of Beethoven from S.F. Symphony

This satisfying recording of Beethoven's Ninth is a masterwork of music, and a pleasing memento of what today’s San Francisco Symphony sounds like in concert.

S.F. Symphony Makes the Most of Sudden Changes