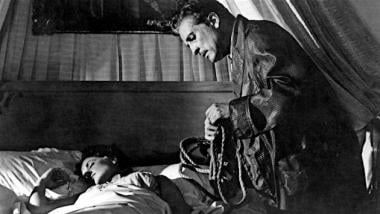 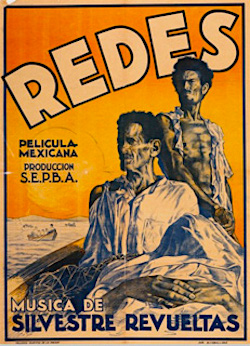 It was a glorious night for music from the movies. And what more appropriate setting could there be than the concert hall that bears the name of the man that brought us Fantasia and The Three Caballeros — Walt Disney.

For its October 13 program, “Noche de Cine” (part of the Los Angeles Philharmonic’s festival CDMX: Music from Mexico City) there was popcorn for sale in the lobby and a full-size movie screen suspended behind Gustavo Dudamel and the orchestra. It was a night devoted to the long history of Mexican film composers who, with the possible exception of Silvestre Revueltas, are all but unknown to American audiences. There were the composers of the 1930s, Manuel Esperón, Ernesto Cortázar, Adolfo Girón, and Manuel Castro Padilla, the 1950s like Luis Hernández Bretón, as well as contemporary composers Gustavo Santaolalla and Marco Antonio Solís.

The concert was the result of two years of musical planning, score gathering, and reconstruction, searching out, and editing film clips, all curated by Daniela Michel and Mexican Academy Award-winning director, Alejandro G. Iñárritu. The evening’s host was the actor Demián Bichir.

It all began with one of those wonderful montages that used to be a highlight of the Academy Award show. To the accompaniment of music from Esperón’s Suite Mexico 1910 the screen came alive with a succession of sombreroed caballeros riding tall in the saddle, brave matadors, bandolier-bearing revolutionaries, masked super heroes, assorted ghouls and vampires, comic pratfalls, passionate romantic kisses, and sultry glamour queens casting alluring glances.

The Hispanic audience the Philharmonic had hoped to attract turned out in force and much of the narration— from “please turn off your cell phones,” to the final shouts of “Viva Mexico, Viva Puerto Rico” were in Spanish. Bichir even teared up over a musical number whose refrain proclaimed, “Yo soy Mexicano!” (I am a Mexican!) “We’ve made this country better and we’re here to stay!” he affirmed. The audience responded with cheers.

According to the program notes by Juan Arturo Brennan, composers were never the stars of the Mexican cinema. Stars were stars. So when stars dimmed, their films were discarded. Hollywood was not much better, but in Tinseltown the issue was spending money on preservation once a film’s box office (BO, as they say in the trades) was gone with the wind.

The first major collaboration to be presented was a performance of Revueltas’s score for Fred Zinnemann’s powerful 1936 docudrama, Redes (Nets) with cinematography by the great American photographer, Paul Strand. The scene depicts the men of a small village rowing out and casting their nets to gather in the sea’s bounty. Dudamel and the orchestra gave a rousing performance of Revueltas’ heroic score, which is dedicated to the communal spirit of the village and the honest labor of the working man. 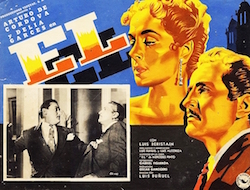 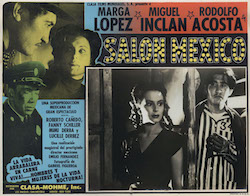 The first half ended on a film noir (cine negra) note with Bretón’s score to Luis Buñuel’s 1953 thriller, Él (Him) about a possessive husband who suspects his wife of infidelity. Infused with the taught energy and dark ominous emotions of The Big Sleep or Out of the Past, the scene showed the husband in pursuit of his errant wife through the streets of Mexico City. In a classic “Follow that car” sequence, he trails her to the steps of a church, where she meets a dark, tall stranger and enters. Cut to the husband stuffing a cocked revolver in his pocket and entering the church — and the clip ended there. What a cliffhanger!

Part two began with an hysterical montage dedicated to Mexican horror films that Ed Wood would have been proud of — lots of bared vampire teeth, stiff zombies, hairy wolfmen, severed limbs with dripping blood, and shrieking damsels in distress clad in tight sweaters.

There were examples of Mexican musicals with cha-cha dance numbers like “Nereidas de dimas” from the film Salón Mexico (1949). There was a montage dedicated to Mexico’s glamorous beauty queens right up to Salma Hayek. Cantinflas danced to Ravel’s Bolero. And at various times, the ensemble Mariachi Sol de Mexico provided authentic accompaniment. 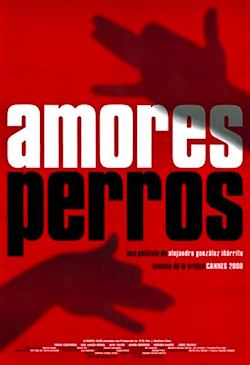 The great contributions being made by contemporary Mexican filmmakers, actors, and composers was represented by sequences from Iñárritu’s films Amores Perros and Biutiful with music by Santaolalla, concluding with Marisoul Hernandez, “La Marisoul,” singing “Si no te hubieras ido” (If you hadn’t left,” by Marco Antonio Solis), used in Alfonso Cuarón’s Y Tu Madre Tambien (And your mother, too, 2001)

The concert’s video producer was Laura Gibson, the editor, Adam Witt. The program also listed no less than 28 studios, film archives, and individuals that made contributions to the program.

Gustavo Dudamel brings a cheering crowd to their feet with a predictable, but audience-effective rendition of Tchaikovsky’s Pathetique symphony, while Jean-Yves Thibaudet entertains with Leonard Bernstein’s The Age of Anxiety.