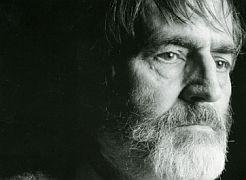 Jules Langert on January 29, 2008
In spite of wet weather, a large and enthusiastically youthful audience gathered at Mills College's Lisser Hall on Saturday to hear the music of Helmut Lachenmann, an admired German avant-gardist, and currently the school's composer in residence. Born in 1935, he studied with Luigi Nono and Karlheinz Stockhausen in the late 1950s, attracted by the experimentalism of the times, which has deeply influenced his own work. It was the final piece on the program, Allegro Sostenuto (1986-88), that made the strongest, most vivid impression, in a dynamic, exhilarating performance by pianist Christopher Jones, clarinetist Matt Ingalls, and cellist Geoffrey Gartner. A collection of brief musical fragments energizes this score, including single, accented notes, often repeated, passing freely among the instruments, and tending to coalesce at climactic points with a flurry of rapid scales and vibrant piano sonorities. After each of these increasingly intense episodes the music trails off quietly into more reposeful sections, until momentum gradually returns. Lachenmann's reliance on extended performance techniques is ever-present, especially in his string and woodwind writing. Harsh, scraping sounds, as well as tapping the bow in all manner of places on the cello, afford a constant and unpredictable array of changing effects, often in extreme registers. Harmonics, squeaks, occasional forays into the piano strings, and excessively breathy tones on the clarinet and bass clarinet add their own colors to the mix. The piano, though, is relatively free of most distortions. Instead, it acts as the driving force behind much of the music, providing the resonance and harmonic density needed to offset the coloristic, fluctuating input of the other two instruments. Two shorter, more modest works were also on the program, both for piano, played by the composer. The early Wiegenmusik (1963) combines the use of prolonged resonance with a lively interplay of chords and arpeggios. The seven brief pieces from Child's Play (1980) take a different tack. Each piece is based on a simple rhythmic or textural effect that a child might discover at the piano, like an interesting cluster of notes, a combination of sounds from the high and low ends of the keyboard, or a bouncy, obsessive rhythm. This material is played over and over, with only slight modifications, as if to finally exhaust its effect through much repetition.

In Gran Torso (1972, 1978), for string quartet, Lachenmann seems intrigued by the interaction between sound and silence. He begins tentatively, invading the silence with a few gentle noises before introducing recognizable pitches. As the music becomes more sustained, various hisses, grunts, scrapes, and twitterings begin to evoke the sound and textures of electronic music, an ongoing influence in several pieces on Saturday's program. At one point in Gran Torso the instruments start to bow thin air, as if silence has temporarily taken over, only to be gradually displaced by the return of sound. Toccatina (1986) is a brief composition for solo violin, played here with finesse by Graeme Jennings. A bit of absurdist humor and preciosity creeps in when, after gently poking away at his instrument for a while, Jennings wryly stops to measure his bow against the violin's tailpiece before resuming from where he had left off. This bit of gratuitous levity discloses a tongue-in-cheek quality in Lachenmann's musical personality that may be left for future concerts to explore further.