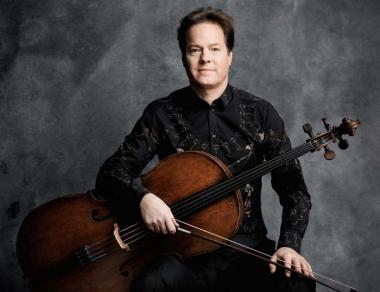 Three Continents is a new take on an old idea. At first glance, it’s a concerto with a classic three-movement structure – but each movement has a different composer. The piece is a cellist’s delight (for a great player, that is). Cellist Jan Vogler does not disappoint on this new record released by Sony Classical, combining Three Continents with Shostakovich’s Cello Concerto No. 2.

Each movement of Three Continents sits in stark contrast with the others. This is a fascinating exploration of three distinct creative minds, bound together by a single performer. 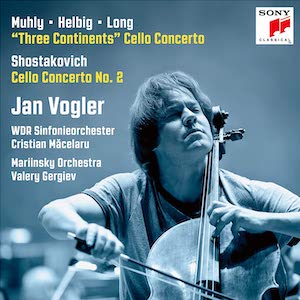 Composer Nico Muhly provides the first movement, Cello Cycles. The movement spins dizzying woodwind lines with a cello part that dances across the low and high reaches of its register. The work has a glimmering orchestration that is reminiscent of Muhly’s other work.

Cello Cycles gives way to harmonics in the high strings, with a cello that feels as if it’s trying to poke its head above clouds.

In Sven Helbig’s second movement, Aria, the lyricism of the cello’s melodic line is maintained and expanded. It feels at times like a late-Romantic work, with a rich emotional palette and a dark, rich orchestration that takes a page from Sibelius. Vogler’s cello rings with sweeping vibrato that blends terrifically with the entire orchestra.

Helbig’s movement often gives the illusion of a lack of rhythm. He suspends his cello lines in mid-phrase and lets them hang. The technique is quite effective, and not so different than a technique used by Shostakovich in this record’s second half.

Tipsy Poet, the concerto’s third movement, by composer Zhou Long, is set in sharp relief against the previous movements. Atonality is set free and the cello relies more on extended technique than lyricism to propel the piece forward. Perhaps because of the contrast, this movement succeeds as the piece’s finale.

This final movement is the darkest of the whole work. Vogler’s cello paints a sweeping, somber line as it exchanges atonal flurries with the rest of the orchestra. The orchestration is well thought out and effective. It is an exciting movement with a driving rhythmic engine that pushes us to the end.

As individual musical works, each of these movements brings something to the table. But considering Three Continents as a single cello concerto takes some imagination. It is an interesting idea but it does not wholly succeed. The links between the three composers’ movements are often difficult to hear and they do not seem wholly in dialogue.

The record changes direction on a dime with Shostakovich’s Cello Concerto No. 2. This piece was a late work for Shostakovich, composed in 1966. Rather than the bombastic edge of his earlier symphonies and concertos, this work is more nuanced. The orchestration is not overpowering as we expect with works like his Symphony No. 7 (Leningrad), and individual instruments come through more clearly here.

The Shostakovich is brilliantly played. Vogler navigates the rapid, virtuosic passages with the same calmness with which he approaches the work’s simplest lines. He is not a player who lets the listener know when a moment is difficult to play.

The two pieces on this recording felt like a strange combination on first listening. But as I revisited the works and listened through them, side by side, I was left with the impression that they belonged together.

Recordings of contemporary music often fail when they are combined with classic works but neither seems the better for it. That isn’t the case here. This is the rare record in which a new work is combined with a piece in the standard repertoire to mutual benefit.

This is largely because of Vogler’s ability to shape-shift. He feels at home in whichever genre he plays. This is a daring recording. A lesser cellist would not have pulled it off.