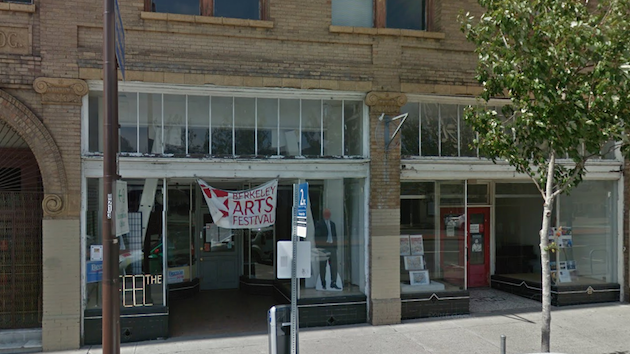 Bonnie Hughes is the epitome of the Berkeley activist, impresario, improviser, and gentle gadfly-bad girl at whatever age she is now, 80 something.  And never deterred, although now once more — she can’t count the times this has happened — she’s being evicted from a public space, this time at Berkeley Arts Festival, her urban refuge on University Avenue for painters and musicians.

The 3,000 square foot, two-room, two-story-high gallery has been open for the last five years, offering six art shows a year, along with music at least three nights a week.  It’s also used as rehearsal space; most recently by the Subterranean Shakespeare Theater.

The gallery will close on November 30. According to Hughes, the prospect is for a six-story apartment building to envelop half the block where the gallery is located. 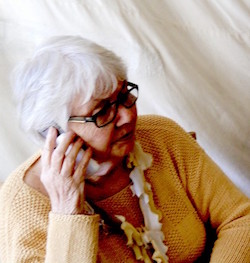 Hughes’ activist history begins with an art gallery she opened as part of an anti-Vietnam war protest in the 1960s. She drew together a potpourri of painters and poets, including Lawrence Ferlinghetti.  Other spaces she created include the Berkeley Store Gallery, which for years was at the corner of Shattuck and Bancroft.

“We were there for a few years,” she told us last week, “until we were evicted and then we sort of wandered up and down Shattuck Avenue.  We didn’t pay rent, because that’s always the arrangement we’ve had.  We want to spend the money on the musicians.”

What made this possible was that the city kept finding her spaces that she could occupy for nothing, save the cost of insurance and utilities. Her venues were sparse, with only a grand piano and a few chairs.  Musicians pay $40 apiece to use the space.

“We operate the same way as most of the people who perform,” she told us. “We’re improvisers, we operate by the seat of our pants. But I believe, especially now, with all that’s going in politics, it’s really important to have live music to go to because you need to be able to relax. If you’re constantly gritting your teeth you don’t make a very good parent or mate.”

“Or grandparent,” she added.

And what’s next?  She has a friend in the office of economic development in Berkeley, who has saved her several times before.

“I called him as soon as we were told, but he didn’t have anything.  I hope when I call him on Monday, something will have changed.” 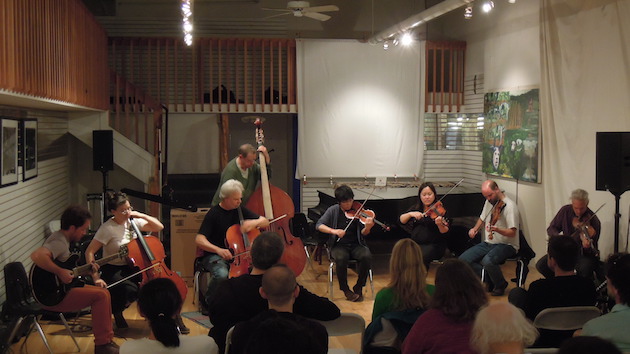