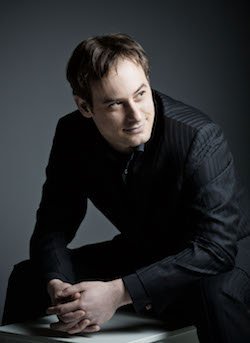 The concert on March 3 in San Francisco features singer Iestyn Davies and conductor Jonathan Cohen — Music Director Nicholas McGegan will not be on the podium for this event. Cohen, one of Britain’s most acclaimed young conductors at 40 years old, is also a cellist and keyboardist. He has been artistic director of Arcangelo, associate conductor of Les Arts Florissants, artistic director of the Tetbury Festival, and artistic partner of the Saint Paul Chamber Orchestra. He will become music director of Les Violons du Roy in the 2018–19 season.

Iestyn Davies, 37, has appeared at the Metropolitan Opera; the Chicago Lyric Opera; La Scala Milan; the Royal Opera House, Covent Garden; English National Opera; Glyndebourne Festival Opera; Welsh National Opera, and in Munich, Vienna, and Zurich. He studied archaeology and anthropology at St. John’s College in Cambridge where he sang as a boy treble in St. John’s choir. He went on to study at the Royal Academy of Music.

After the concert on March 3 in San Francisco, the public is invited to join guest artists for the Orchestra & Chorale's sixth-annual LGBT reception — no politics required. “This is just a cocktail party,” in the words of one overseeing the event. “Everyone is invited.” The event will be held in the Thomas E. Horn Bar & Lounge, formerly known as the “lower lounge.” Mr. Horn is president of the Bob Ross Foundation, which provides grants that support the LGBT community. Those interested in the March 3 reception should RSVP to Andrea Saenz at [email protected].