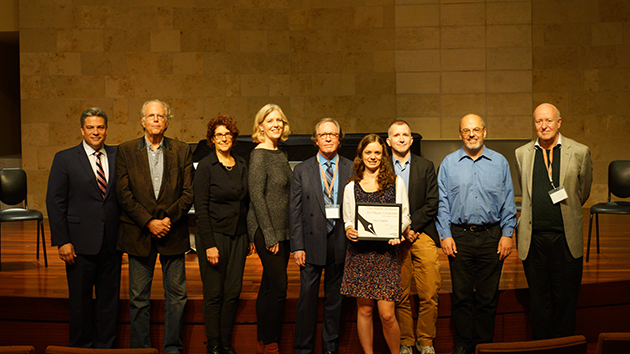 The Rubin Institute, founded in 2011 by Stephen and Cynthia Rubin, was designed to advance the art and science of music criticism. The Big Bang idea behind it was that music criticism is failing because it’s tuned to reaction rather than reflection. Too often critics possess neither the technical knowledge to judge a performance or the intellectual rigor and sensibility to cast it in a cultural context — nor, one might add, the ability to deliver some abstraction, some revelation about the play between mind and sound.

The Institute is allied with the San Francisco Conservatory of Music, which hosts a, four-day symposium every other year. This year the group included 17 fellows — nine women and eight men. Two awards are given. One is the $10,000 Rubin Prize in Music Criticism. The other, a $1,000 award is named the Everyone’s a Critic Audience Review.

A writers’ panel, which worked with the fellows and judged their work, included six critics at the top of the profession: Alex Ross with The New Yorker; Anne Midgette from the Washington Post; Heidi Waleson at the Wall Street Journal; John Rockwell, former editor of The New York Times Sunday Arts & Leisure section; Joshua Kosman at the San Francisco Chronicle; and Tim Page, a Pulitzer Prize winner formerly at the Washington Post, now a professor at USC.

Also on the panel: Stephen Rubin, president and publisher of Henry Holt & Co, and the one who seeded the original idea to renew music criticism and, with San Francisco Conservatory president David Stull, brought it to fruition. 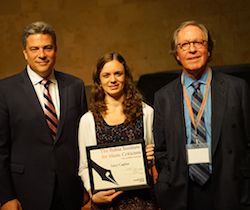 “I write about composers, performers, and critics of opera working from about 1890 to 1940. I'm especially interested in facets including the first African American women to perform the role of Aida; the work of music critics who wrote for African-American newspapers; and the operas of composers H. L. Freeman, Clarence Cameron White, and Shirley Graham.”

Fellows at the symposium attended four performances and wrote a review of each. Students were then split into three groups, each with two critics who focused discussion on one student’s review. Performances included the International Contemporary Ensemble playing Arthur Kampela’s No. I; the Philharmonia Baroque Orchestra performing an all-Beethoven program; the San Francisco Symphony playing Mozart, Schumann, and Dvorak; and finally, The San Francisco Opera production of Janacek’s The Makropulos Case.

“I wrote my reviews,” Caplan recounted in an email, “by interweaving my own observations and impressions with the broader knowledge I've gained as a student of American Studies and African American Studies, as well as my past experience as a violist. I tried to listen from these multiple perspectives at once, and to think about how these aspects of my educational background and interests could come together to inform my writing.

“I was especially interested in how my impressions as a listener relate to broader cultural and social issues. In my reviews, I tried to connect my own experience at the concert to bigger questions of cultural and social interest: popular perceptions of classical music, the implications of particular programming choices, the cultural context in which certain pieces are created. This sort of abstraction makes it possible to reveal to a general reader why she might care about a particular concert, and about classical music more generally.”

Tim Page was particularly captivated by Caplan’s review of Beethoven’s “Pastoral” Symphony. In one part she had written, “[Nicholas] McGegan conducted energetically with an illuminating emphasis on the inner voices that burble under the placid surface of Beethoven’s country brook. I found the concert revelatory.”

“That’s the set up,” said Page. “But here is the line I really like: ‘Perhaps because Beethoven is so often held at arm’s length — sacralized, idolized, commodified, politicized — it is easy to forget that he was also a creator of beautiful sounds.’”

“When you take that sentence apart,” added Page, “she’s really saying something rather profound about Beethoven, and she dispatches her points very beautifully and elegantly in a single sentence.”

Stephen Rubin commented about Caplan, “Lucy has an extraordinarily crystal-clear thought process. Every idea is laid out and explained with a beginning, middle, and an end.”

While Caplan was an early favorite, several other fellows also showed great talent.  Indeed, a couple of others had equal or more polish, but the award is given for all four reviews and some people didn’t do quite as well across the board. Some also tried to press the boundaries of a conventional review, but, for one reason or another, it didn’t quite work. 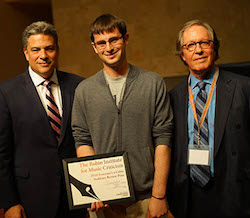 The winner of the Everyone’s a Critic Audience Review prize was John Masko, a graduate student in composition at the conservatory.

In addition to the $10,000 Rubin Prize, Caplan has been offered an internship with San Francisco Classical Voice. Tysen Dauer, a fellow from Stanford University who demonstrated a strong showing in the competition, will also be offered an internship. The expectation is that the interns will write one review a month — wherever the writers are based in the country — under the mentorship of SFCV’s own critics.

The 2014 winner, Zoe Madonna, went on to free-lance for the Boston Globe for nine months and then recently found a position as an assistant editor at the English edition of VAN Magazine, an online classical music magazine in Berlin. 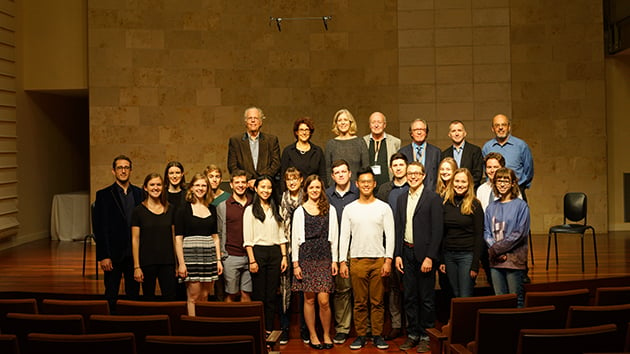