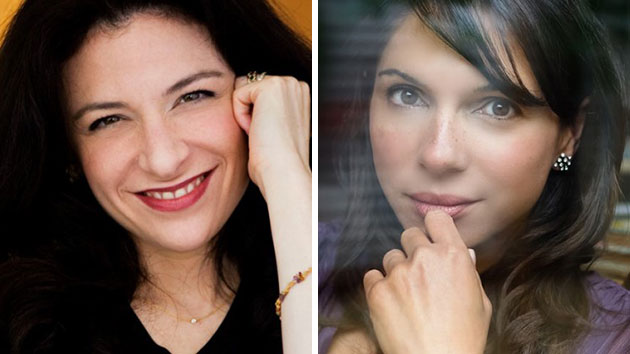 The San Francisco Chamber Orchestra brought their February concert series to a memorable conclusion on Sunday afternoon at Berkeley's First Congregational Church in a program featuring exceptional performances by both the orchestra and its guest soloists, soprano Lara Nie and pianist Lara Downes.

Music Director Ben Simon introduced the West Coast premiere of Maria Schneider's Carlos Drummond de Andrade Stories as music that's "neither jazz nor classical." He didn't go so far as to mention Duke Ellington's famous quote defining "good music" but he may as well have because however one views the piece -- a five-part suite setting the Brazilian poet's words to music-- it casts a spell quickly and holds on.

Give a lot of that credit to Nie, who strode onto the stage in a gorgeous orange dress looking every bit the muse. A native of the Peninsula, she currently lives in New York City and works primarily on the East Coast and abroad. She possesses a magnetic presence, flawless diction, and a radiant, clear voice. Whether she was singing a vocalese in the prologue, narrating the actions of a destructive worm in "The Dead in Frock Coats," telling the poet "Don't Kill Yourself," or unravelling the tangled love affair of Drummond's "Quadrille," Nie took Mark Strand's translations and made them her own. Had Simon not told the audience this was the first time Nie was performing Schneider's work I suspect no one would have been the wiser, so convincing was her performance. [Nie] possesses a magnetic presence, flawless diction, and a radiant, clear voice.

However, blunting the beauty of her performance was a combination of the church's acoustics and the inability of the orchestra to play underneath her voice, forcing the listener to work to hear her for a good portion of the piece. A tantalizing moment occurred during "Souvenir of the Ancient World" when Nie sang the line "all was quiet around Clara" and the orchestra matched her voice and words with a lovely, shimmering tone, which resonated through the entire space.

Speaking of Clara, it may have been Robert Schumann's Piano Concerto in A minor, but Lara Downes summoned the spirit of his famous wife (who was also his inspiration for the piece) as the soloist in a sumptuous performance by everyone involved. Perfectly in sync with the orchestra from the concerto's opening bark through its rollicking, dance-like coda, Downes proved to be the perfect co-conspirator for Schumann's paean to lyricism over flash.

During the second movement's Intermezzo the strings served as a melancholy accompanist to Downes as she played with gentle grace before segueing into the third movement's Allegro vivace. That third movement was the highlight, including delicate exchanges between Downes and the winds before she launched into a propulsive series of fluid, rhythmic arpeggios played with dizzying verve.

Simon and the orchestra remained with her every step of the way and together they created a lush, romantic wave of sound, but at this point it was clear Downes was having her own triumph.