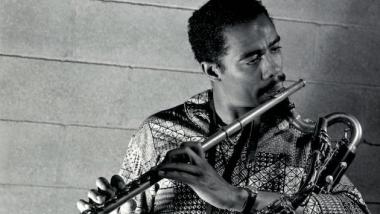 Spelunking in the Jazz Archives with Zev Feldman

For a jazz fan coming of age in the early 1980s, every trip to Rhino or Tower Records offered a new treasure trove of vinyl by seminal improvisers like Miles Davis, John Coltrane, Lester Young, Billie Holiday, and Randy Weston. These weren’t vintage albums for premium prices. With a steady flow of reissues from the archives of Blue Note, Riverside, Prestige, and Verve — the labels that made the most out of the LP revolution in the 1950s — the music’s glorious past manifested in the present at bargain basement rates. The addition of previously unreleased tracks could provide a careful listener with a ringside seat as definitive recordings took shape, revelations that accelerated with the advent of the compact disc and its greater carrying capacity.

The good times lasted for decades and the vaults still contained countless unheard studio sessions and concert recordings, but in recent years those archive-scouring projects slowed to a trickle as CD sales collapsed in the face of free or low-cost streaming services. There are a few holdouts. Richard Seidel spearheads Columbia Legacy’s invaluable Miles Davis Bootleg Series, which promises further concert recordings after six box sets. But no label has charged into the breach like Resonance Records, a Beverly Hills-based nonprofit founded and run by veteran recording engineer George Klabin. While he oversees the remastering of Resonance recordings, Klabin has unleashed the whirlwind Zev Feldman as the head of the label’s bustling archival series, which includes more than two-dozen releases featuring previously unavailable music.

In some cases, Resonance projects expand on limited discographies, like the lightning-in-a-bottle live releases Larry Young in Paris: The ORTF Recordings and Wes Montgomery In Paris: The Definitive ORTF Recording. Concert albums by peak Sarah Vaughan, Shirley Horn, and Bill Evans — Live at Rosy’s, Live at the 4 Queens, and Another Time: The Hilversum Concert, respectively — add welcome material to already well-documented legends. But the latest Resonance release is the label’s most consequential yet.

It’s a three-disc set that opens up a crucial chapter in the creative life of the pivotal master Eric Dolphy, a visionary composer and virtuosic altoist, flutist, and bass clarinetist (an instrument he single-handedly transformed into an important jazz vehicle). Though he often struggled to find opportunities to play his own music, the Los Angeles native left an incandescent legacy as a leader and key collaborator with Charles Mingus, John Coltrane, and Booker Little before he died in 1964 at the age of 36 from undiagnosed diabetes in Germany, where he’d moved hoping to find more opportunities to perform. 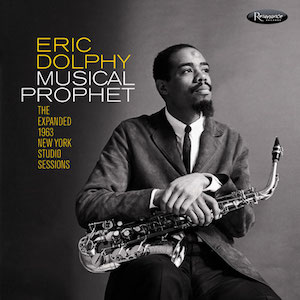 The well-designed package includes a 100-page booklet with photos by Chuck Stewart, Jean-Pierre Leloir, and Val Wilmer, essays by jazz scholars Robin D.G. Kelley and Masakazu Sato, and interviews by many fellow jazz greats, such as Sonny Rollins, Sonny Simmons, Richard Davis, and Henry Threadgill. My only quibble is that the performance credits don’t include track-by-track details, a strange oversight given the lavish booklet.

For Feldman, who came to Resonance from marketing positions at Rhino, Polygram, and Concord, the goal is to create an irresistible item, “not just amazing music, but photos you haven’t seen and interviews and essays that put it all in perspective,” he says. “No new studio material by Eric Dolphy has been release in 32 years. I thought we should do something substantial, talk to people who knew him and were influenced by him. It’s a celebration of the artist’s legacy.”

Feldman has a lot more up his sleeve. He mentioned more previously unissued work coming down the pike by Wes Montgomery (“stuff from Indianapolis in late 1950s”) and a Bill Evans session recorded at Ronnie Scott’s in London with bassist Eddie Gomez and drummer Marty Morell, “Evans at his best,” he says. He’s in talks with Nat Cole’s estate about a box set (all Resonance projects are authorized, unlike the numerous, bare-bones box sets pouring out of Europe).

And last week came the announcement that Feldman is being ushered into the mothership, working as a consultant producer with Blue Note, jazz’s most storied label. He’s not giving up his position at Resonance, but he’s already got three projects in the planning stages “archival live recordings by artists signed to Blue Note at the time,” he says. “I’m coming across mountains of tapes from all around the world, music that needs to find a home.”