Ensemble for These Times (E4TT) just announced the next installment of its 2021 home season, a virtual performance dubbed The Cassandra Project: Women’s Prophetic Voices, to be livestreamed Saturday, April 17 at 7:30 p.m. The program features four world premieres of new works by Hannah Lash, Jessica Rudman, Valerie Liu, and David Garner, plus music by Mary Kouyoumdjian. The new compositions are the fruit of E4TT’s 2021 commissions program, and each is inspired by the Cassandra myth. According to a statement by E4TT, the focus on Cassandra is particularly apt now:

At a time when it has become crystal clear how often women’s voices are stifled and ignored — and how much they should be heeded — the mythical Greek prophetess Cassandra has seldom been more relevant. Which is why E4TT has chosen to base its 2021 commissions concert on her. Cassandra’s most famous prophecy, the one that has echoed through the centuries, was her devastatingly accurate vision of the Fall of Troy. And although an accurate seer, she was cursed never to be believed, a curse that in many tellings of the myth, came from her refusing to yield to the god Apollo’s desires.

Through the ages, Cassandra has become an archetype, a symbol of women’s rebellion against patriarchal power and their warnings against war. Her visions were said to have driven her mad, and her fate after Troy fell was ugly.

The premieres are Wild Sage for piano trio by Hannah Lash; Cassandra, or Girls Don’t Love Horses? for soprano, cello, and piano (performed with visuals) by Jessica Rudman with text by Kendra Preston Leonard; Cassandra Effect for cello and piano by Valerie Liu; and Die geflüsterte Zukunft (The whispered future) for soprano and piano trio (performed with visuals) by David Garner, to a text by Friedrich Schiller. Rounding out the program is Moerae (The fates, 2010) by Mary Kouyoumdjian.

The concert will be livestreamed from the Center for New Music, and the pieces will be performed by soprano Nanette McGuinness, season guest pianist Margaret Halbig, and special guests Ilana Blumberg on violin and Abigail Monroe on cello.

Join a preconcert Zoom session for a virtual transcontinental Q&A with Lash, Rudman, Kouyoumdjian, Liu, Garner, and Leonard from 6:30 p.m.-7:30 p.m. Registration and more information about this free event is available here. Donations will be more than welcome. 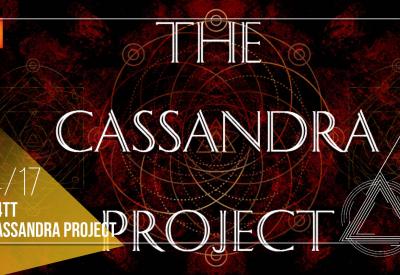 Ensemble for These Times presents a marathon concert of contemporary art songs, some successful, some not.