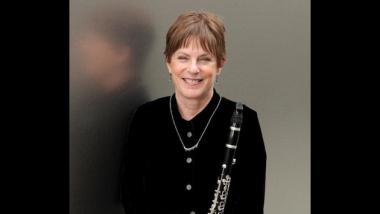 For the final concert of its 2018–2019 season in Santa Monica, Jacaranda presented a backward glance at the history of the clarinet — from Witold Lutosławski’s folk-music-flavored Five Dance Preludes for clarinet and piano (1954), to Alban Berg’s meticulous 1913 mosaic Four Pieces (for the same ensemble), ultimately telescoping back to 1784 and Mozart’s Piano Quintet in E-flat Major, K. 452.

Slipped in between was a rarely heard gem — a bravura performance of the Piano Trio No. 3 (for piano, violin and cello) composed in 2007 by the then fatally ill German/Argentine composer, Mauricio Kagel.

Kagel (who died in 2008 from leukemia) was an iconoclast who loved breaking barriers. He embraced John Cage’s concept of chance while creating his own eccentric brand of music/theater. He once wrote a piece for chamber pot as the solo instrument, and a totally quirky work for solo tuba that involved the performer moving about a bare stage, squatting and making sounds like a concerto for flatulence (although Kagel denied that was his intent).

Between 2001 and 2007 Kagel composed a series of more traditional Piano Trios. On Saturday, Steven Vanhauwaert (piano), Alyssa Park (violin), and Timothy Loo (cello) performed No. 3, which is a fascinating, multifaceted work that combines meticulous craft with seemingly chaotic fluctuations.

Thirty minutes in length, the first movement transitions (with barely a pause) through no fewer than 13 specifically notated tempi indications — from an opening Moderato amabile to a dying-breath Lentissimo. The slightly more consolidated second movement specifies 11 changes — from its opening Moderato cantabile to a final Moderato that ends with a triple-fortissimo piano chord that explodes and fades like the climax of the Beatles’ “A Day in the Life.”

Think of it as Pictures at an Exhibition through the complex and varied gallery of Kagel’s musical imagination.

There are multiple times when the instruments seem to be pitted against each other pulling in different directions in a pitched battle. They spar, the piano lands a punch that’s answered with pizzicato jabs. At other times (though atonal in structure) the instruments come together to form harmonic unison.

Toward the end of the first movement there is an Allegro vivace section that explodes like a cloudburst with the piano raining down cascades of phrases. The clouds then part as a shadowy nocturne, with the piano casting moonbeams against pizzicato star-points from the cello and violin.

The second movement like “a remembrance of things past” hints at Kagel’s influences, as diverse as Debussy and Schoenberg. There’s a goofy-footed dance, with the piano making plodding footfalls against drunken lurches from the violin and cello. It all leads to that hammer-of-fate crescendo/diminuendo. Then, like a wink at fate, Kagel adds a tiny goodbye note for punctuation.

This was one of those ear-opening experiences, so expertly played that it left you wanting to go back to the beginning and hear it again.

Ode to the Clarinet

A German text written in 1740 offers this description of the newly created instrument.

Clarinetto, a wooden wind instrument invented by a Nuremberger (C.H. Denner) at the beginning of this century. It is not unlike a long oboe, except that it has a wide mouthpiece. This instrument sounds from afar rather alike a trumpet … 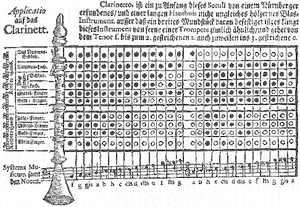 By 1760, the Mannheim Orchestra (then regarded as the best orchestra in Europe) included two clarinets. It’s likely that it was there that Mozart became infatuated with the instrument’s range and coloration. He embraced it, and as soon as possible began including it prominently in his chamber music, concertos and symphonies, including the Piano Quintet in E-flat Major, K. 452.

Fast forward to Poland in 1954, the year Witold Lutosławski wrote his Five Dance Preludes. The country was under the iron fist of the Soviet Union and composers knew enough to give the State what it wanted —music that spoke to the dogma of Socialist realism and the “purity” of folk music.

Lutosławski, who had been eking out a living in Warsaw playing the piano in clubs and cabarets, knew this very well when he composed his Five Dances. To emphasize their political correctness, he featured the clarinet as a folk music reference, since it had by then become a staple for community dance bands and weddings.

Saturday, they were played with flair and sensitivity by former Los Angeles Philharmonic principal clarinetist Michele Zukovsky and pianist Gloria Cheng. But while three of the movements are decidedly festive, upbeat, and jaunty, there is also, possibly, a coded message beneath the surface, a dissonant hint of discontent and longing that is particularly apparent in the slower second and fourth movements, Andantino and Andante.

Zukovsky and Cheng returned in the second half of the program to perform the Four Pieces by Alban Berg. They are brief, though not as as the work of Berg’s fellow student (with Arnold Schoenberg), Anton Webern. More mosaic than needlepoint, the pieces are meticulously constructed harmonic structures that take full advantage of the colors the clarinet can evoke from lowest growls to clarion high notes. It’s also impressive because Berg had never written a piece specifically for the instrument.

Berg biographer Karen Monson writes, “The little pieces burst with orders for a wide variety of articulations, wide leaps from one end of the range to the other, and surprising shifts of dynamics.” These effects were produced with virtuosic flair and subtlety by Zukovsky, counterbalanced superbly by Gloria Cheng.

Jacaranda does not traditionally program Mozart, and the bright acoustics of the First Presbyterian Church’s sanctuary is less than ideal. The performance of K. 452 (with clarinetist Donald Foster) did connect the evening’s thematic thread while providing a burst of sunny classicism after so much Sturm und Drang (storm and stress).