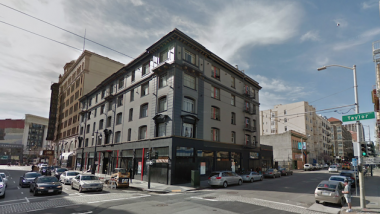 When you think about art songs, famous pieces by 19th-century masters such as Schubert and Schumann might first come to mind. But the Brooklyn Art Song Society (BASS) is committed to enlivening a far broader repertoire. On Saturday afternoon at the Center for New Music in San Francisco, two artists affiliated with BASS — soprano Charlotte Mundy and pianist Miori Sugiyama — gave a recital of contemporary works. The duo dominated this difficult program with malleable grace and seeming nonchalance.

To keep art song alive, BASS not only presents critically acclaimed performances of existing works, but also commissions new ones. And when the organization honored Kurt Rohde — a Professor of Music at UC Davis — by asking for a new piece, he collaborated with a distinguished colleague in the English Department, the poet Diane Seuss. On June 1 in Williamsburg, BASS will premiere Rohde’s resultant song cycle, It wasn’t a dream, which sets text from a collection by Seuss titled Four-Legged Girl.

Writing It wasn’t a dream made Rohde realize that a similar collaborative project would likely be fruitful for graduate students in both departments. On Saturday, the musicians presented two new works from this project. The first was “Opens Lark in its Constellation” by Addie Camsuzou, a promising doctoral student in composition at Davis. Luke Munson authored its text.

Saturday’s program notes were sparse, and I wished the texts for all numbers had been included. Especially with these two new works, taking in the music while trying to decipher the text all at once — and upon listening only once — was challenging.

Surely, though, Camsuzou’s piece required Sugiyama to play not only on the keys but also on the strings inside the piano, sometimes striking them with mallets, and sometimes strumming them like a harp. She handled everything in stride.

The song began with Mundy alone iterating the title’s first two words before ultimately uttering the whole thing. Even these opening phrases showcased the staggering plasticity of Mundy’s voice: On a dime, she shifted from white, almost breathy tones to sounds so suffused with core that they nearly overwhelmed the small space. I mean this as a compliment both to Mundy and to the beautiful Center for New Music, a venue well worthy of this intimate genre.

Rohde attended on Saturday, and explained that because the ratio of student composers to writers grew unbalanced, he stepped in to write a piece for Scott Hunter’s texts. Hunter’s Three Scented Candles are about thinking intriguing — even devastating — thoughts on mundane walks. Musically terse ideas, often punctuated by muted interjections by the piano, nonetheless exploded over time. At times, Mundy sang sustained pitches that changed color as gorgeously as deciduous autumn leaves in a time-lapse video.

The idea of explosive, compact nuggets carried over into the concluding piece, Kaija Saariaho’s Quatre Instants. Each of the first three movements conveyed a different emotion, all of which someone going through a breakup might struggle to endure. The fourth movement, by contrast, amalgamated ideas from the previous three. In “Douleur,” for example, Mundy repeatedly uttered an anguished, stylized sigh/scream hybrid.

Compared to Messiaen’s Poèmes pour Mi, which opened the program, Mundy said she understands both Quatre Instants and Poèmes to be about “ecstatic love,” except Quatre Instants is not as happy or exuberant as Poèmes. Messiaen dedicated his piece to his first wife (whom he nicknamed “Mi”), and his work’s nine numbers mix his love for his wife with his love for the cosmic and divine.

On Saturday, the duo excerpted the first and last two numbers from Messiaen’s cycle. In addition to being highly praised — and rightly so — for her interpretations of modern music, Mundy also sings 16th-century sacred music. That experience prepared her well for the melismatic hallelujah at the end of Messiaen’s first movement, “Action de graces.”

All told, this program left me a tad jealous that BASS is permanently located on the East Coast. Mundy and Sugiyama sound like daredevils with unbreakable spines. But at least after Saturday, I know that — lest live musical offerings in the immediate Bay Area should ever start to bore me — I need only make a short pilgrimage to UC Davis.