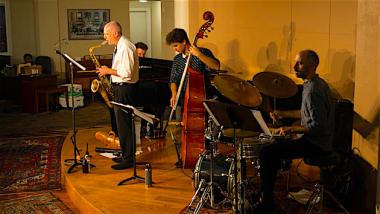 Dann Zinn spends most of his time preparing exceptional young musicians to make the most of their talent. As a private teacher and as the head of various top-shelf jazz programs he’s devoted the past quarter century to mentoring aspiring improvisers. More than a dozen Bay Area-raised players now thriving in New York and Los Angeles cite him as a formative influence, including saxophonists Dayna Stephens, Chad Lefkowitz-Brown, Remy Le Boeuf, Hitomi Oba, Ben Flocks, and Jill Ryan.

But Zinn, the director of the SFJazz High School All-Star Combo, is a prodigious saxophonist and composer himself, with a small but impressive discography. On Sunday he brought a new quartet into Oakland’s Piedmont Piano in preparation for recording his fifth album this week at Fantasy Studios. It was one of those nights where demanding new material and game virtuosity combine for a thrilling, seat-of-the-pants set with sheet music strewn across music stands and the bandleader conducting transitions on the fly.

Zinn couldn’t have had a more supportive cast, starting with longtime collaborator Taylor Eigsti, a New York pianist of such extravagant gifts that beloved mezzo-soprano Frederica von Stade once casually declared him “a genius, of course.” Zinn often writes folk-tinged, sing-song melodies that evolve into rhythmic steeplechases, forms that unleash Eigsti’s fierce lyricism. On the premiere of Zinn’s luminous tune “Dawn of a New Day,” the Menlo Park-raised Eigsti opened the piece with a ravishing rubato passage that evoked a sleeper gradually waking from a dreamful slumber.

Drummer Mark Ferber, who grew up in Moraga, is a first-call New York player who brought a sense of structure and acute textural sensitivity to Zinn’s music. On “Dawn,” he joined Eigsti’s solo intro with a heartbeat bass drum figure that swept along as Zachary Ostroff’s arco bass introduced a drone and then a lithe counter melody.

In many ways, Ostroff was the evening’s revelation. A product of the Stanford Jazz Workshop (he performs with Eisgti and drummer extraordinaire Eric Harland at the associated Stanford Jazz Festival on July 31), the 25-year-old bassist has been playing in the rock-tinged duo Turning Into a Butterfly with Berkeley drummer and electronics explorer Scott Amendola. On Sunday he anchored and ignited the music while standing just behind Zinn to his left, his elastic notes pushing and pulling the beat as he leaned into the bass with a wide stance.

Zinn doesn’t write programmatic pieces, but the torrential “Day of Reckoning” suggested inexorable judgement delivered with freighting speed and precision. He’s often cited Norwegian saxophonist Jan Garbarek and his Scandinavian confederates associated with the ECM label as an influence, and Zinn referenced that chilly but crystalline world directly with “The Journey Home,” a piece he opened and closed on bamboo flute. 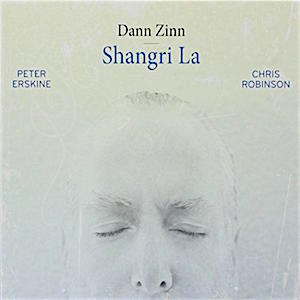 The slinky kiss-off “Time’s Up” offered an earthy counterpoint to the ethereal “Journey,” highlighting the way that Ostroff and Ferber’s bounce made every piece feel fit for dancing. For a rousing closer he pulled out “Family Reunion,” a piece that exemplifies Zinn’s gift for marrying eminently memorable themes to entrancing rhythms. He closed the 75-minute performance with the evening’s only standard, a concise and unsentimental encore rendition of “Blame It On My Youth.”

His last album, 2014’s Shangri-La, was a texturally expansive trio with drum great Peter Erskine and North Bay guitarist Chris Robinson. Far too many people overlooked the release, myself included, and a recent listen left me regretting its exclusion from several pieces rounding up the year’s best releases. Even as Zinn’s quartet continues to refine the music, Sunday’s concert offered a valuable reminder not to make the same mistake again.

The trio bends but doesn’t break jazz tradition, carrying on the legacy of Ornette Coleman, Eric Dolphy, and Coltrane.