While trying to construct a mental Venn diagram capturing the musical relationships animating Berkeley drummer Scott Amendola’s Damn Skippy it quickly became clear that two spatial dimensions wouldn’t be sufficient. Surveying the bandstand at Albany’s Ivy Room on Wednesday night, stage left featured three-fourths of the storied but short-lived funk-jazz combo T.J. Kirk, with Amendola flanked by guitarists Will Bernard (on loan back to the Bay Area from Brooklyn) and Berkeley’s John Schott.

Arrayed on the drummer’s right were bassist Todd Sickafoose, back in town from Eugene, and Humboldt violinist Jenny Scheinman, making up three fifths of the original Scott Amendola Band documented on his eponymous 1999 debut album, or three-fourths of the Jenny Scheinman Quartet captured on her 2000 debut album Live at Yoshi’s (Tzadik). Drawing lines signifying the numerous other collaborations and longstanding relationships on stage quickly overpowered my spatial abilities.

Suffice it to say that while Damn Skippy is a new project, the band played with the kind of controlled abandon that flows from deep and abiding ties. With minimal time for rehearsal, the musicians focused on original compositions gleaned from their various projects, transforming tunes stitched from modern jazz, funk, Appalachian fiddling, Delta blues, and beyond into seamless improvisational garments.

On the first of two nights at the one of the East Bay’s essential small venues, Amendola opened with his tune “The Mighty,” a wicked piece of noir funk that he introduced on 2013’s Pucker (Sazi Records), a duo album with guitarist Charlie Hunter. The tune established many of the group’s ground rules as Bernard and Schott eased between rhythm and lead roles, leaving considerable space for Scheinman (kudos to the evening’s sound engineer for keeping every player distinct and clearly audible).

With a melody built on the opening phrase of George Harrison’s “Within You Without You,” Scheinman’s gorgeous “A Ride With Polly Jean” was one of the show’s high points. Crafting arrangements on the bandstand, the musicians didn’t spend a lot of time laying out. There were long duo and trio passages, but everyone was playing the majority of the time, and as Scheinman’s solo built gradually from languorous legato phrases to a ferocious, roof-raising roar, the guitarists laid down a supple cross-rhythmic lattice.

A graduate of Berkeley High who often returns to perform in the Bay Area, Bernard can spend a whole night playing rhythm guitar, and on his tune “Happy Belated,” the propulsive churn of his chunky chords made his supportive role a frontline attraction. (He gets into a very different sonic space Friday playing chamber jazz with clarinetist/vocalist Beth Custer at the Red Poppy Art House). 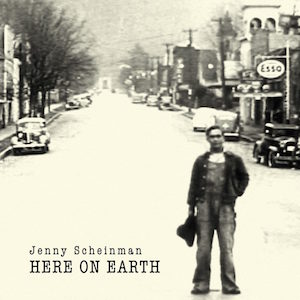 Turning the band on a dime, Scheinman led the quintet through her folky number “Pent Up Boy,” a piece from last year’s album of fiddle tunes Here On Earth (Royal Potato Family). A Thelonious Monk tune inspired some of Damn Skippy’s most exacting dynamic work, bringing the volume down to a murmur while Scheinman bounced counter melodies off of Schott’s lead. Shaping the music at every turn, Amendola played with consummate grace and power, with occasional forays into electronic textures.

Given the challenging geography of where its members live, it’ll be lucky if Amendola can reassemble Damn Skippy with any regularity. But the Ivy Room run capped off a brilliant autumn for the drummer, who performed with Pat Metheny in October and Laurie Anderson in November. The lineup also offered a taste of his 50th-birthday celebration at Freight & Salvage on Feb. 4, when he’ll be joined by Scheinman and Schott, Hammond B-3 organist Wil Blades, clarinetist Ben Goldberg, guitarist Jeff Parker, bassist Zach Ostroff, and bassist/vocalist Mocean Worker (aka Adam Dorn). Are there major things in store for Amendola in his sixth decade? You’re damn skippy.

Swing into the holidays with our picks for great local gigs featuring jazz and other terrific music from around the globe.

Artists on Their Own

Bay Area musicians building their own record labels create a bulwark against the tidal wave of digital distribution.