Since I’m on record criticizing SFJAZZ’s Hotplate series, which presents Bay Area musicians playing the music from classic jazz albums, let me add a corollary to my protest. Any event dedicated to the music of the late tenor saxophonist/composer Joe Henderson (1937 – 2001) is a good thing, particularly when said event takes place in the intimate SFJAZZ Center venue named in his honor, the Joe Henderson Lab.

Kasey Knudsen, one of the region’s most widely esteemed saxophonists, brought an ad hoc but widely interconnected quintet into the Lab on Sunday for the concluding show in a four-night series dedicated to Henderson’s music. She tackled the least-known release in the program, delivering an enthralling 60-minute journey through 1964’s In ’n Out unimpeded by reverence but strongly informed by the recording’s push-and-pull interactivity. 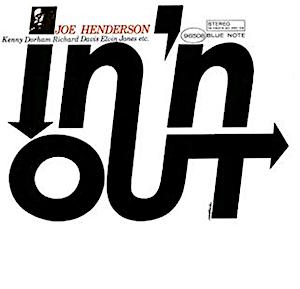 In ’n Out, Henderson’s third release, is hardly obscure. All five of his 1960s Blue Note albums occupy a central position in the post-bop canon. But unlike Page One, which introduced two standards — Kenny Dorham’s “Blue Bossa” and Henderson’s “Recorda Me”— none of the pieces from In ’n Out entered the common repertoire.

It was also the third pairing of Henderson and Dorham, a sadly overlooked jazz giant who came of age with bebop and never stopped evolving. Pianist McCoy Tyner and drummer Elvin Jones, who were otherwise employed by protean saxophonist John Coltrane, and bass virtuoso Richard Davis, rounded a quintet that only came together for the recording.

Sticking to alto sax, Knudsen brought in trumpeter Henry Hung, a player she’s collaborated with widely in her own sextet and the Klaxon Mutant Allstars. They blended and phrased together with agility and drama, particularly on the title-track opener, a melodic line that skips unpredictably like a smooth rock skimming a calm pond. Bassist John Wiitala and drummer Jon Arkin, dependably inspired players in any setting, are a frequent rhythm section tandem, particularly in bands led by pianist Adam Shulman. The wild card was pianist Michael Coleman, a former Bay Arean who moved back to New York a few years ago.

I’d seen Coleman earlier in the weekend at Berkeley’s Maybeck Studio celebrating the release of a stellar new album with clarinetist Ben Goldberg, Practitioner (BAG Productions), a situation in which he played piano and various keyboards. With fuzzy textures and slaloming unison lines, it was an often-astonishing performance.

On Sunday, he was confined to the piano, and hearing him stretch out on Henderson music offered a very different kind of revelation. It’s always a good sign when the horns lay out and you realize that the rhythm section could easily sustain interest for an entire set. On Dorham’s “Brown’s Town,” the trio opened with such bright and inviting energy that they seemed to unlock some of the tune’s forbidding mystery.

Rather than playing the album in sequence, Knudsen called tunes to fit the mood, eventually running out of time for a full version of Dorham’s “Short Story.” Arranging on the fly, Knudsen edited out solos and presented the theme, and it stood easily by itself. Hailing Henderson served her well, but now the Joe Henderson Lab would be well served by a night or two of Knudsen’s music.