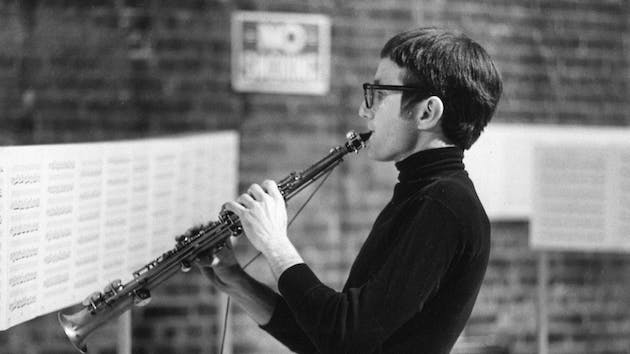 In new music circles, Jon Gibson will be remembered as a virtuosic multi-instrumentalist who performed in premieres and recordings of the most celebrated minimalist works: compositions for the Philip Glass Ensemble, Terry Riley’s In C, Steve Reich’s Drumming, and La Monte Young’s Theatre of Eternal Music, to name just a few. Often performing on woodwinds, Gibson brought the technique of circular breathing (which enables continuous sound production) to minimalism’s ever-flowing melodic lines and vast drones. One example of the technique’s usefulness, and Gibson’s indefatigable precision, comes from his recording of Reich’s Reed Phase (perhaps less well known than the composer’s Violin Phase or Piano Phase, and unfairly so). The performance is seamless and Gibson entrances his listeners with dynamic swells and a rhythmic drive that had me listening to the recording on repeat.

But in addition to his seeming omnipresence as a performer in minimalist circles, Gibson was also a composer. His works, from the 1960s through the final years of his life, span a stunning breadth of form and material: from experimental tape pieces (Vocal Tape Delay) to works for solo wind instrument like Song 3 to opera (Violet Fire). Many of these compositions are stop-you-in-your-tracks beautiful. As we celebrate Gibson’s life, which sadly ended on October 11, it seems fitting to appreciate both his profound contributions as a performer and also the compositions he left us.

Out of eight (or more) albums of his own compositions, one can find streams of related works united by their compositional approach. One such stream consists of monophonic works for solo instruments (often performed by Gibson on flute or saxophone). The album Criss x Cross features a number of these works, and, in a conversation with Charles Amirkhanian, Gibson discussed how the scores of these works consisted of pitches without rhythms or phrasing. The performer-cum-improvisor thus decides how many notes to group together, their durations, and whether and how many times to repeat the groupings.

Gibson’s approach stemmed in part from his interest in the theme and variation form of Scottish bagpipe music (pibroch). For me, the most magnificent manifestation of this style is Untitled, the B-side from Gibson’s 1977 album Two Solo Pieces. Here the warm timbre of Gibson’s flute, the frequently step-wise, scalar motion of the pitch content, and Gibson’s technical perfection make for a joyful and engaging calm. 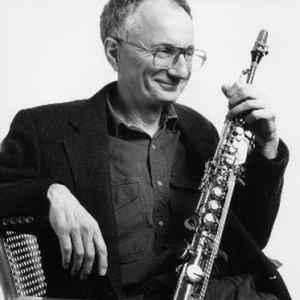 Another through-line in Gibson’s compositional output might be accurately (if inelegantly) described as environmental soundscapes with musical improvisation. These pieces are often grounded on a recording of natural sounds (wind, water, shells, even barking dogs) and combined with percussion patterns or instrumental drones with Gibson improvising melodic fragments, often ornamented, on top. Atmospherically, they range from wildly haunting (even ghostly) (Visitations) to New Age-y (Extensions II) to light-hearted (Whistles & Dogs).

Most beautiful of all, to my ears, is a category of compositions I think of as drone clouds. These are works with long, sustained notes that undulate slowly over time. Gibson’s choice of pitch content, his harmonic sensibility, and his luxurious timings make for moving, pleasurable listening experiences. One lovely example is Melody IV on the album Songs & Melodies, 1973–1977.

Even more breathtaking is the A-side from Two Solo Pieces, entitled Cycles. In Cycles, we find a 35-year old Gibson at the organ of Washington Square Church in New York with deceptively simple materials: four-part harmonies and small set of melodic pitches. Gibson combined these minimal materials with a subtle use of the pipe organ’s many abilities and the church’s acoustics to create the most beautiful sounds; sounds that I found gave a sense of grounded-ness (slower breathing, attention steadily absorbed in the music) and, simultaneously, a feeling of cloud-like, transcendent lift-off.

Keeping Up With Charles Amirkhanian

The new-music godfather talks about his long career, the evolution of contemporary music, and why he’s not leaping on the livestream bandwagon.

Guitarist Bryce Dessner of the indie rock band The National is also an indie composer for classical ensembles like the Kronos Quartet, a record producer, a collaborator with other artists, and even a little bit of an impresario.