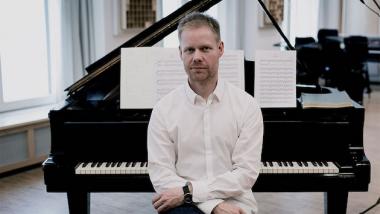 Fans of Max Richter’s music are quick to point out its beauty. Underneath a posting of Richter’s “All Human Beings,” the first track of his forthcoming album, Voices (Decca), are dozens of comments like these: “What a beautiful composition” ... “A truly beautiful piece” ... “An astoundingly beautiful piece of music” ... “So lovely & beautiful.” 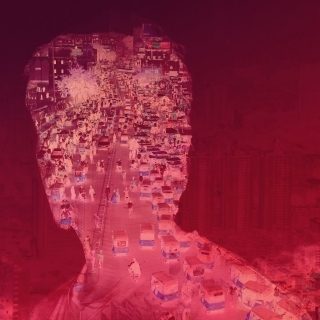 Each of the pieces (save the final one, “Mercy”) incorporate text from the Universal Declaration of Human Rights (UDHR), a document produced by the United Nations in 1948. For example, after 10 seconds of chant-like vocalizing, Richter’s opening track introduces the text with a slightly grainy (wonderfully so) recording of Eleanor Roosevelt, chairwoman of the committee that drafted the UDHR, reading portions of the preamble. Roosevelt’s voice fades out as actress Kiki Layne’s reading of the text fades in. Churchy harmonization in the strings, brief organ-like accompaniment, and a violin solo gradually gain prominence and lead to a music-only climax before many muffled, crowd-sourced voices are heard reading portions of the UDHR in a variety of languages.

“At the heart of ... Voices,” says the press-release, “is a profound sense of global community, born out of Richter’s career-long view of music as activism ...” His use of the UDHR is clearly a part of the idea that the music is activism (even with Richter’s caveat that the UDHR “isn’t a perfect document.”) By setting mostly lovely sounding words to very beautiful music, listeners imagine themselves and humanity as unified (“all one”) or reconciled and thus, I presume, the act of listening itself becomes perceived as activism. Listeners note, again and again, the “message” of the piece: “This music tells us ‘at last we are all human beings,” and “The music emphasizes and deepens the truth of the unalterable truth: ‘All human beings are equal.’”

Max Richter is “Saving the world one song at a time.” The music and its message are attributed a magical power; imagined to transform the listener into a truly ethical human. With this ideological framework in play, one commenter writes: “pity our politicians aren’t listening.” As though hearing it would necessarily right wrongs.

But we are fooling ourselves if we imagine we’re solving something when we listen to such ideals set to dulcet tones. Music scholar William Cheng explores this misguided idea of the musical mystique, “music as a civilizing and humanizing force,” in his recent book Loving Music Till It Hurts (p. 11). What is particularly interesting about Richter’s album is the combination of the musical mystique with a text (the UDHR) that espouses related values in words: in this case, imagining that cries of unity will necessarily unite. Cheng points out a key issue with this way of thinking: “... when was the last time an attempt to reach agreement succeeded on the basis of language that we are all x? Scientists have said that human beings share 99.9 percent identical DNA, so people sometimes use this popular factoid to push for antiracism and for everyone to get along. It doesn’t work. ... Being called a human or a person doesn’t matter much if the label lacks accompanying protections and privileges. ... It’s wishful language.” (p. 27, 29).

By sacralizing universalist language with music, Richter’s work, far from activism, is capable of obfuscating the very problems that triggered the creation of the UDHR: it is possible for the listener to imagine that merely listening or (the frequently mentioned) shedding of tears has meaningfully contributed to improving the material conditions of fellow humans. And if, as Sara Ahmed pointed out in her 2012 book On Being Included, it is terribly easy to let “a policy becomes a substitute for action” (p. 11),

How much easier when the policy is embedded in music and offered as art? Hearing the UDHR with musical accompaniment may be pleasant, but it is not activism. Indeed, beneath Richter’s track “All Human Beings,” multiple posts of “All Lives Matter” appear. The much-critiqued color-blind ideology that refuses to acknowledge anti-Black racism in such statements thus overflows into a disturbingly related form: artistic representations pretending everyone is united or that everyone actually has equal rights cover over the inequalities that activists are working hard to confront. Is Richter’s album full of beautiful music? Yes. Is it activism? I wish it were that easy.

Although the composer’s music is touted as avant-garde, the lovely sounds offered at Bing were anything but.

The prolific composer, one of the living giants of American composition, discusses his own idiosyncratic life journey and becoming comfortable with his nonconformist musical style.