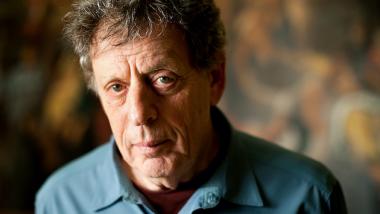 A few weeks ago, the Philip Glass Ensemble released the first recording of Glass’s Music in Eight Parts, composed around 1970. Official press materials offered a dramatic narrative about the composition and its world premiere recording. 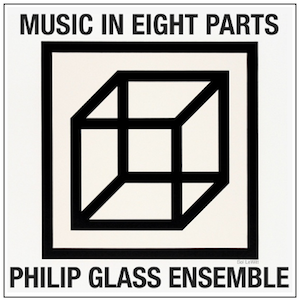 Music in Eight Parts is described as a “major” piece that went missing when the composer needed to pay off debts accrued by staging Einstein on the Beach in 1975 and decided to sell score manuscripts. The score manuscript was rediscovered in 2017, we are told, in Christie’s Auction House in New York City and then obtained by the composer’s publisher, Dunvagen, in 2018. The history of the recording (produced by Lisa Bielawa, Richard Guérin, and Michael Riesman) adds even more intrigue, with members of the Philip Glass Ensemble forced to record their individual parts in isolation in April of this year after the COVID crisis hit the States (originally they had hoped to tour with the piece this spring).

Tantalizing as this narrative may be (well done, marketing department!), Glass’s Music in Eight Parts has a less dramatic but more interesting history. After writing the piece in 1969 or 1970, the composers’s ensemble performed the work to “lackluster reviews,” according to the Christie’s catalog. In 2000, the musicologist Keith Potter quoted the composer calling the work “an abandoned piece.” In Four Musical Minimalists, Potter wrote, “[F]or years [Glass] thought no manuscript had survived: in itself, some indication of his estimate of its worth. Though a copy recently surfaced, the composer has not released it for inspection.”

Not only were excerpts and sketches of the work already located by 2000, Glass himself is quoted as saying, “I think it was a fumbling attempt at something which I did much better when I got to Music in Twelve Parts.” Glass seems to have viewed that later composition, written from 1971–1974, as a fuller realization of his compositional goals at the time.

Regardless of the composer’s own aesthetic judgement of the piece, it will be of interest to fans of Glass’s early works because it lands in the midst a series of compositions that form a partial of canon of American minimalism: 1 + 1 from November 1968, Two Pages from February 1969, Music in Fifths from June 1969, Music in Contrary Motion from July 1969, Music in Similar Motion from November 1969, followed by Music in Twelve Parts. Music in Eight Parts shares two core features with this string of compositions: a module-based form where musical units are repeated many times and an additive/subtractive process where these modules are slightly increased or decreased in length by adding or removing pitches from one module to the next. Both of these features are visible in Glass’s score, viewable here.

What sets Music in Eight Parts apart from what came before are the “eight parts,” a reference not to individual formal sections but to the independent instrumental/vocal lines that gradually accumulate over the course of the piece. In an interview with Keith Potter and composer Dave Smith in 1976, Glass described the piece this way: “Music in Eight Parts was ... for eight contrapuntal parts. The piece begins in unison and with each successive note the number of parts increases. As it goes on, you get eventually to a twelve-note figure and the piece comes to sound like an accordion: it keeps opening up and closing.” You can download the full interview here.

The new, 22-minute recording from the Philip Glass Ensemble has two additional peculiarities, neither mentioned by Glass nor visible in the score manuscript: abrupt changes or inflection points just before the eighth minute where the tempo is doubled (note attacks come twice as fast) and 12:30 where the register dramatically expands (the vocals jump an octave and a low synthesizer bass line emerges). Who made these musical decisions and what other options were considered?

Those in charge of the recording’s promotional materials no doubt hope for as wide an audience as possible. I imagine that two groups of listeners are likely to take the bait. Fans of Glass’s early minimalist works (as well as music historians) will enjoy finally hearing this previously unavailable composition. For those who know Glass’s later works or know him primarily as a film or opera composer, this new recording may act as a gateway into his earlier, more sparse and austere compositions.