For a violinist, Josh Modney plays trumpet pretty well. Odd as that pairing may seem, he had a chance to play both, as well as the viola, in a full-throated rendition of Anthony Braxton’s Composition 222, with pianist Eric Wubbels this past Tuesday at Areté in New York. 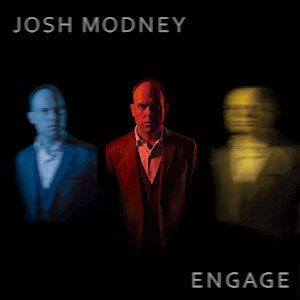 Composition 222 is one of Braxton’s ghost trance pieces — so called for having a “ghost phrase” that pervades and structures the entire work. Its organizing phrase is an irregular, pointillistic series of meandering notes daubed out with relentless, metronomic exactitude by Wubbels and Modney at the outset of the work. (At least in this performance. The structure of the piece is extremely fluid — even the instrumentation is only a suggestion from the composer — and Modney’s own recording of the work on his 2018 album Engage dispenses with the piano and begins with ominous whispers instead of a forceful declaration.) Despite having a tumultuous contour and no perceptible meter to hold onto, the theme’s sheer insistence lodged it firmly in the ear, and it was instantly recognizable whenever it returned in the 40-odd minutes of music that followed.

Some of these repetitions were more or less verbatim — imposing walls of disconnected pitches hammered out like flecks of shrapnel, interrupted by brief, drunken, legato smears or glitchy clusters and octave-spanning grace notes — but others were more occluded and fragmentary. A few disjointed gestures rose in a lavender mist from the piano’s upper register; a hushed iteration whispered so quietly in the violin that the sound of Modney’s fingers landing on the fingerboard was louder than any of the actual notes produced. The function of the ghost phrase likewise varied: Sometimes it served as a rondo-like refrain dividing the free-flowing sections of the work, but sometimes it sat at a section’s climax, the jewel in a diadem or the inner sanctum of an ancient shrine.

In his pre-concert remarks, Modney mentioned that the structure of Composition 222 is so open that it allows for the interpolation of other works entirely. It’s possible that he and Wubbels took advantage of that in the evening’s performance, but if they did, the seams were invisible. There were certainly transitions between sections, but they were always developmental, a passing musical seed being carefully and logically teased out into a full-blown musical texture such that it was impossible to draw a sharp line between any two passages.

This moment-to-moment musical logic supported a compelling larger structure. The kinetic opening ebbed, by way of a searching, poignant viola solo that had the moldering grandeur of a lost Bach partita left out to rot for several centuries, into a holy, mysterious stillness filled with the quiet clockwork shrieks of a bowed cymbal (covered by Wubbels, who also provided some chitinous electronic effects and struck a tuned metallic pipe in the midst of a dazzling escapade of playing inside the piano). It was an austere, cryptic moment that uttered something sacred and ineffable.

And then Modney entered on the trumpet, his initial mosquito whine growing to an animal snarl. If some of his attacks were inexact and his tone a little rough around the edges, his trumpeting was still an effective bridge into the final breakneck section. Modney switched back to violin for ecstatic passages of blistering glossolalia, notes flying past too fast for thinking, but not so fast that Modney and Wubbels couldn’t still synch up to linger on fragments of the ghost phrase in monolithic unison as they built to the breathtaking conclusion.

It was an electrifying performance, and one that will never be exactly recreated again. Like the phrase it was built upon, Wubbels and Modney’s rendition of Braxton’s Composition 222 lives on only as a ghost.

Jazz Composers Exercise Their Classical Chops Under the Green Umbrella

Despite the title, “The Edge of Jazz” plays more to the concert hall than to the swinging bandstand.